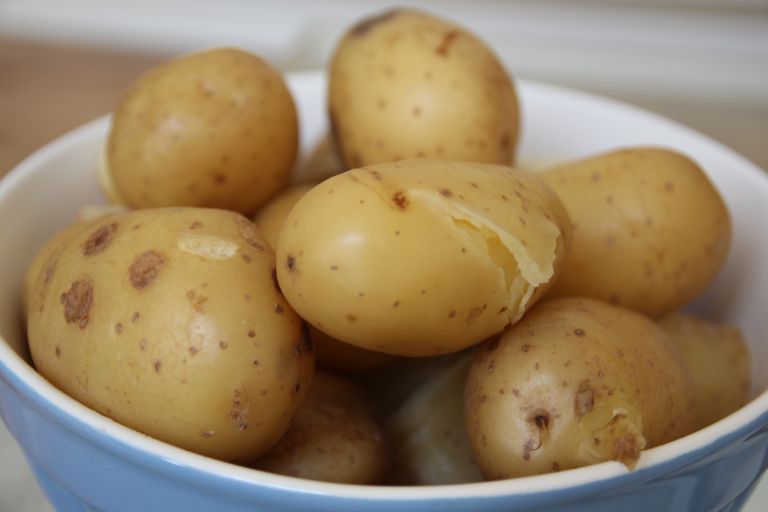 Wondering how long to boil potatoes? Although boiling potatoes is supposed to be easy, it's actually easier to overcook or undercook them. Get boiled potatoes right, and they're yummy. Get them wrong, and they're either too hard or mushy.

Find out how long to boil yours to get just-right spuds; then head to our food hub page for more tips and recipes.

How long do potatoes take to boil?

The first and most important rule for boiling potatoes is: always start with cold water. If you chuck your taters into boiling water, they will overcook on the outside and undercook at the centre, leaving you with a strange mixture of mushy and hard.

Organic and rare varieties (French purple potatoes, for example) tend to take less time, so check them after 15 minutes.

When is a potato done? When you prod it with a fork and the fork goes in smoothly, with little resistance. Watch out for potatoes that split and start crumbling as you prod them – they're overcooking, so take off the heat immediately.

As soon as you've taken the potatoes off the heat, drain them. Don't wait, as they'll start going mushy.

How long to boil potatoes before roasting?

If you're pre-boiling potatoes before roasting them in the oven, you don't need to worry too much about cooking them all the way through. In fact, it's better to slightly undercook them rather than overcook, as the texture of your roasties will be better if you're working from undercooked. So, reduce boiling time by about five minutes, drain and then follow our guide to the perfect roast potatoes.