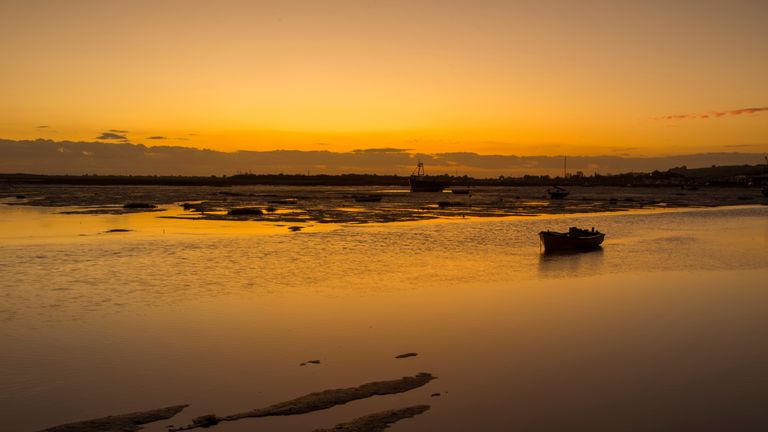 This is a year of exciting change for London and the surrounding areas, with the first Crossrail train due to launch in May. The Crossrail development, also known as the Elizabeth Line, is a feat of engineering that will see central London connected to Reading in the west and Abbey Wood and Shenfield in the east. It will also make getting to Heathrow Airport much quicker and easier from both east and west London. Commuters will see shorter journey times and easier commuting routes with fewer changes, while several areas and towns with Crossrail stations are experiencing a property boom.

Moreover, a new proposal for a tunnel connecting Essex and Kent (roughly between Tilbury and Gravesend), called the Lower Thames Crossing, and estimated for completion in in 2027, is likely to bring housing expansion and increased demand to both counties, as well as reducing pressure on the overburdened Dartford Crossing.

Whether you are a commuter set to benefit from these new developments, or you have been thinking of relocating and are looking for up-and-coming destinations, we have put together this handy overview of the areas with property markets that will benefit the most.

Romford is currently experiencing a property boom which the estate agent giant Savills have recently termed 'insatiable.' In fact, Romford is set to soon benefit both from a Crossrail station and from a proximity to the Lower Thames Crossing (it will lie some 15 miles from the proposed route). This suburban town in London's borough of Havering has seen a tremendous property price growth of over 40 per cent during the past five years. New developments are on the rise, too, such as the St Edwards Court development that will see a former commercial property transformed into 105 modern apartments.

What does all of this growth mean for the town itself? Well, it looks like Romford will finally get the town centre regeneration it deserves. While its enviable location (an easy commute into central London, but with glorious Essex countryside right on its doorstep) has always kept Romford popular, its town centre has lagged behind in terms of its leisure and retail offering. The Crossrail station will be right in the town centre, so this is certain to change, with an urban regeneration project under way.

The Crossrail West effect: Slough and Reading to benefit

The audacity of the Crossrail project can hardly be underestimated. Just think about it: the Elizabeth Line will extend as far as Reading westward. The new high speed trains will cut most journeys by half, and on some routes by a staggering five times. It is true that Reading and Slough are already well-connected by fast Great Western trains to London Paddington, but the Elizabeth Line trains will make a huge difference to those travelling further on to central or east London for work, since they will now be able to do so without changing trains. For example, a commuter who lives in Reading but works around LIverpool Street will now be able to get to work within an hour, in comfort.

It's no wonder, then, that the property market in both Reading and Slough is booming. According to data collected by Nationwide, Slough house prices have risen by an astounding 60 per cent over the last five years, and by 33 per cent in Reading. Even with this crazy growth, these commuter towns still offer excellent value for money for London workers. It is possible to get semi-detached, multiple-bedroom property for under £400,000 in Reading, or a terraced property for £350,000 in Slough. And while Slough has sometimes been referred to as having an underwhelming town centre, this is likely to change as the influx of property owners drives up demand for better leisure and retail opportunities.

The future of Kent: better transport links and a building boom

The proposed Lower Thames Crossing will not just improve transport links for those commuting between London and the South East, but it will also boost the status and appeal of Kent to potential homeowners. Cheaper than Surrey and Hertfordshire, Kent has many of the same delights (idyllic countryside and beautiful towns and villages) to offer. And now that commuting into London will no longer necessarily involve the dreaded, heavily congested Dartford Crossing, it will be well-connected, too.

New developments are highly likely, with a number of property developers opening new branches in this county. But existing towns are likely to see an increase in demand for property, too. Our bet is on the Medway towns of Chatham and Rochester for becoming the most desirable property hubs. If you want to get there before everyone else, the average property price in Chatham is currently £220,000.

London and Crossrail: the areas to watch

In a sense, London has already had its Crossrail property boom: Abbey Wood is already a well-known property hot spot, with property prices nearly doubling there in the past five years, unaffected even by the Brexit slump. The London area we are most interested right now is actually the old East End, particularly Whitechapel and the nearby Bethal Green. These central London areas are almost unique in their long-term resistance to gentrification, while everywhere else around, including Hackney, succumbed to it and the ensuing unsustainable property prices.

Alas, the old heart of London's East End is set to go the same way, with a regeneration programme proposed for Whitechapel, and young professionals increasingly choosing Bethnal Green for its creative and easy-going feel. So, we say: if you want to make the East End your long-term home, do it now.

All good news? What to watch out for

It can be tempting to consider an event such as the arrival of Crossrail in isolation from other factors that affect the property market in a given area. From local demographics (is this a town with a good mix of people, or is it mainly favoured by reitrees?) to what is known as 'street appeal', what finally makes a destination desirable to potential house buyers is a combination of qualities, good transport links just one of them.

In fact, some towns that lie directly in the path of Crossrail are likely to be adversely affected, particularly where the new infrastructure will bring pollution and noise. Be very careful about buying a property anywhere very close to these new developments, as you may end up with a property that will reduce in value due to these factors, known as blight. Our advice, as always, is to consider the following before buying:

Ready to take the plunge and buy a home in one of these areas? Consult our guide to buying a house or flat first.