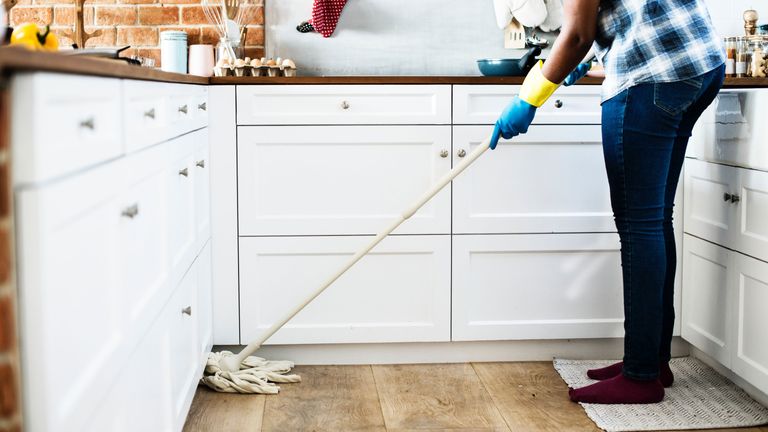 An instagram influencer is proving more effective than nagging parents at inspiring house-proud habits in millennials.

Young people born in the 1980s and 1990s are the cleanest generation, according to a survey carried out for Appliances Direct, and the person prompting them to get pro-active with the polish is Mrs Hinch, aka Sophie Hinchliffe, the Insta queen of clean.

The 28-year-old hairdresser from Essex has more than a million followers on Instagram, who soak up her hints, tips and hacks for keeping the home she shares with her husband, Jamie, and their dog, Henry, absolutely sparkling. She collects cleaning products the way fashionistas accrue designer accessories, and displays them with as much care.

And it seems that other twenty- and thirtysomethings are following in her pristine footsteps, devoting more than three and hours a week to vacuuming, washing, wiping and polishing.

In contrast, Generation Xers, born mid 1960s to the late 1970s, don’t like getting their hands dirty, only committing two and a quarter hours a week on average to cleaning. They are also the group more likely to pay somebody to come in and do the work for them.

Their parents, the baby boomers born mid 1940s to mid 1960s, see domestic drudgery as a necessary chore, rather than a way to earn admiring Insta likes, so only spend three hours a week on it.

The influence that Mrs Hinch has is evident in the fact that more than two thirds of millennials said they knew of her, and 44 per cent admitted to using one of her cleaning hacks.

Almost one in 10 follow her on social media compared to just two per cent of Generation X.

Mark Kelly, marketing manager at AppliancesDirect.co.uk, says, ‘It’s unbelievable to see the impact that Mrs Hinch is having on the nation with her cleaning hacks and entertaining videos on social media.

‘She makes cleaning look easy and enjoyable, and with so many young people engaged with her, it is inspiring a house-proud generation who are keeping on top of the housework each day in a bid to avoid it building up over time.’