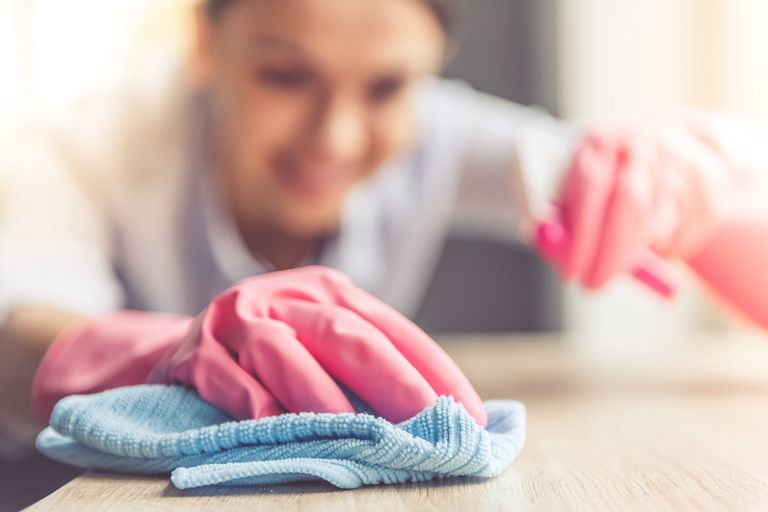 When was the last time you did a whole-house deep clean? If you're struggling to remember, don't worry – you're not the only one.

According to research by 'task app' Airtasker, more and more people are ditching the spring clean. The UK-wide study revealed that 85 per cent of Brits don't believe in the annual tradition, and one in five people admitted that they never bother.

It makes sense. With longer commuting times, extra after-work commitments and childcare, it's almost impossible to find the time for a weekly vacuum, let alone a whole-house overhaul, especially when the job can often take a whole weekend. The most common tasks (now being neglected) included in a deep clean are:

Looking at the list, it's easy to see why many people favour smaller, easier-to-manage tasks over a big project – especially when the average Brit spends eight years of their lives doing other chores like laundry, walking the dog and cleaning the kitchen.

So while Brits are increasingly ditching the deep clean, that's not to say that our homes are getting dirtier. According to Airtasker, 51 per cent of those surveyed admitted that they stress about the cleanliness of their home.

What's changed is the way they combat that stress. Nearly twice as many under 35s (16 per cent) have a cleaner compared to older people (9 per cent) and plenty more use apps like Airtasker to hire help around the house.

After all, who wants to tackle those universally-hated chores – cleaning the oven, defrosting the freezer and de-moulding the shower tiles – by themselves?