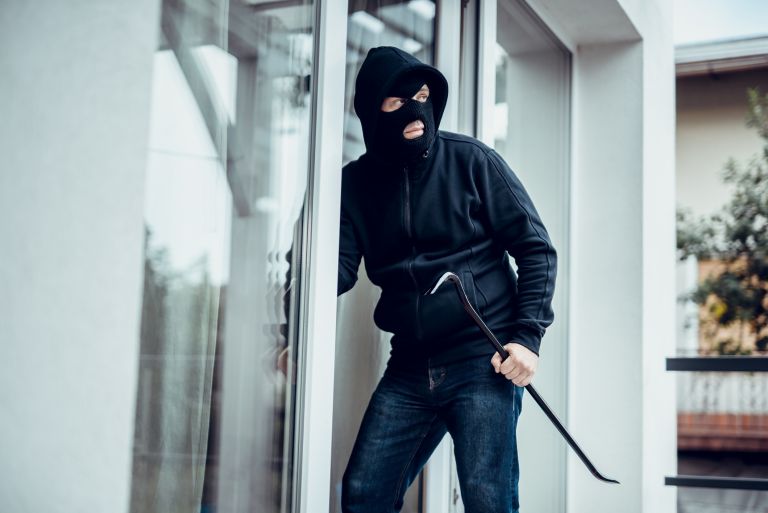 Burglaries are a sadly common problem everywhere, but research shows that if you live in a semi detached property and are away in the afternoons, especially between three and five, you are more vulnerable to being burgled. Live in the South East of England? Your home security is further compromised simply by your geographical location.

And that's not all of it. According to former burglar turned security expert, Michael Fraser*, there are all sorts of things home owners commonly do to compromise their home security, some of them not as obvious as you think. Try not to worry, as there are preventative measures to take, that will ensure you've got the best home security in place for your property...

1. Use more than one lock

This seems basic, but lots of people continue to rely on a single lock on their front door, which makes their home easy prey for burglars. Michael says,

2. Close your blinds during the day

It's not just about what a burglar might be able to see through the window, but also about the kind of signal you're sending about how seriously you take the security of your home. Michael advises:

'The first thing a burglar will do is check the front of your property - if your windows aren’t obscured they know you don’t care very much about security. Always leave your blinds down when you’re out of the house to prevent people from seeing what’s inside.'

3. Add a cage to the letterbox

Do you find letterbox cages awkward and unsightly? We do, but it turns out that they're actually a reliable burglar deterrent.

'One tactic burglars use is '‘letterbox fishing.’' If they can see something of interest through your letterbox, such as a handbag or car keys, they can use some sort of implement to pick small items up. One way to prevent this is to add a cage to your letterbox.'

4. Don't leave your pets on display

We all know not to leave our valuables on display, but it turns out that leaving our pets on display can be just as perilous. Michael warns:

'You might think you’re doing a good deed by allowing your pet to roam around the house while you’re out, but if a burglar knows there’s a pet in the building, they’ll also know that you’re not using an alarm on your property.'

5. Don't leave keys in the door

'So many people think it’s safer to leave the keys in the door as they think it prevents someone from picking or breaking a lock. It’s actually far more dangerous as it allows a burglar to either break a window or put an arm through the letterbox to open up the door and walk straight in.'