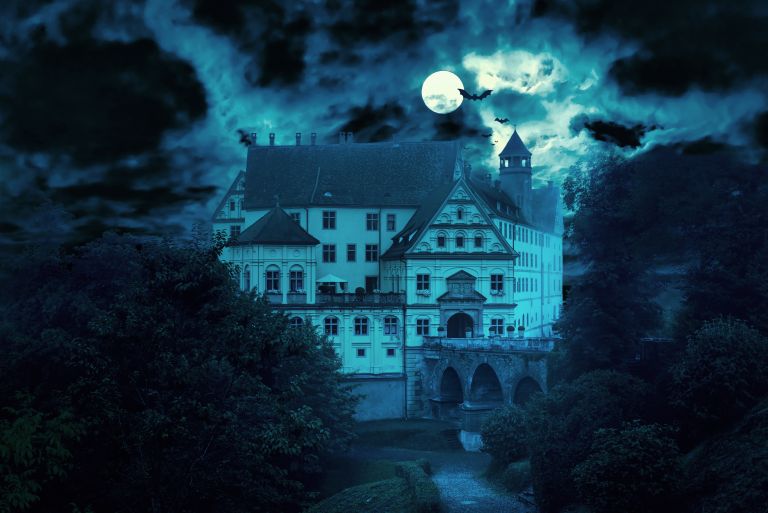 Have you ever been troubled by Things That Go Bump in The Night in your house? Or maybe you've felt one particular room to be much colder than the rest? Yes, we are aware that this sounds like the script of a Most Haunted episode (don't tell us you've never watched it, we know you have). And yet, as a recent poll* shows, a surprising number of us have had weird and/or creepy experiences in our homes.

As many as one in five UK residents claim that their house has unexplained 'cold spots', while 14 per cent have been spooked by banging, rapping, and dripping noises at night. One in 10 are unsettled by electrics behaving strangely, while some people even go as far as to say their house has a 'weird aura' (time to move, maybe?).

Not all rooms are perceived to be equally creepy, with lofts, spare bedrooms, kitchens and hallways most often associated with unexplained noises or smells. Oddly, we find bathrooms quite creepy, too – should we blame that bathroom scene in Nightmare on Elm Street?

And the title of the UK's creepiest city goes to... Leeds, where an impressive 75 per cent of residents claim their home has 'set them on edge'. Belfast (73 per cent), Glasgow (72 per cent), Cardiff (71 per cent) and Coventry (70 per cent) are not far behind – must be the spirits of witches roaming the city streets.

Seriously, though, we're sorry to disappoint, but all of the weird and creepy sounds and smells in your home will have a rational explanation (and may require the help of a professional plumber, not the local exorcist).

Bathroom smells like death? It's probably mould (learn how to get rid of mould in our guide) or a mouse (we have ways to get rid of mice, too). Blinking electrics? Your wiring might need attention, or you might need a new fuse box. Tapping, gurgling sounds? It's radiators that need bleeding. And, finally, those 'unexplained' cold spots in the house are most likely due to uneven wall or floor insulation.

have we totally ruined your Halloween mood? Looking at these gorgeous Halloween decorating ideas should make it better.