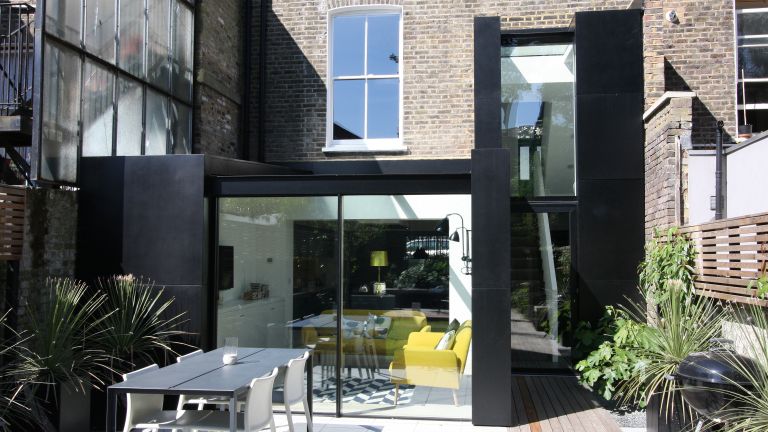 Our dedication to working from home rather than commuting into an office is revealed as one of the main motivators for adding a house extension in a new survey. This surprises us: until recently, adding more kitchen, dining and living space were primary factors in homeowners' decisions to extend their properties. But now, it seems that employers' more flexible attitudes to working from home mean that we're building to add home office space.

This, according to a survey carried out by MoneySuperMarket on why homeowners get the builders in. The survey found that a huge 31 per cent of us extend in order to create a home office or business space.

Perhaps just as surprising was the second most popular reason people were extending: to have somewhere to be creative – those surveyed said they wanted their own art or music studio, or even a place where they could write.

Extending rather than moving has become a popular option for many, with 42 per cent of homeowners saying they would prefer to expand and improve what they have than have to search for a bigger house.

With the increase in the Bank of England base rate to 0.75 per cent leading to more expensive mortgages for many, and the fear of future interest rate rises affecting these loans, only 24 per cent of those questioned said that they thought moving was the better financial decision.

When it came to the most popular type of extension, 48 per cent of people preferred simple builds, such as single storey or rear extensions. However, 34 per cent said they would prefer the more ambitious double or multi-storey extensions, perhaps wanting to improve and increase both their living and sleeping spaces.

Conversions are also popular options, with loft extensions the top option at 28 per cent, followed by garage conversions (26 per cent) and basement conversions (13 per cent).

The research also gave an insight into living trends and what Brits would choose to do at home if they had more space. After working and creating, 24 per cent said they would like to extend because it would give them more room for entertaining and hosting dinner parties.

Twenty two per cent said they want to create their own gym or yoga studio, and 17 per cent said it would allow them to have an annexe in order that elderly relatives could live with them.

Fifteen per cent dreamed of adding on so they might have the luxury of a walk-in wardrobe, while 13 per cent saw the potential of boosting their income by leasing out the extra space.

And 12 per cent thought extending could end arguments over the remote – by having a separate room to watch TV in away from their partner.

A spokesman for MoneySuperMarket, commented: ’Choosing whether to stick or twist when you outgrow your property is a major life-stage decision, particularly if you want to work from home or provide accommodation for elderly relatives. What’s crucial is that people weigh up their options to ensure they get the best value for the money they spend.’

He also added that anyone embarking on an extension needed to make sure that the build, and what they chose to put in it, was fully protected: ‘Those having work done to their home certainly have to consider the impact on their home insurance. You need to tell your insurer as soon as work begins, so they can determine whether the project will affect your premiums – if they think there’s an increased risk of damage from the building work or a danger that burglars might exploit the situation, your premiums would increase. If you increase your square footage, that will also bump up what you pay.’