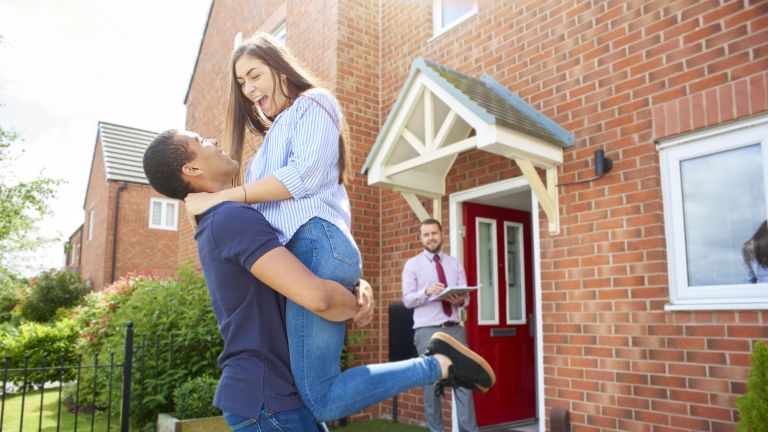 When did you first feel that you'd become a proper adult? Was it when you turned 18? Or perhaps when you graduated from university? Which life events mark the end of adolescence and the start of adulthood is highly subjective, and some of us feel grown up much earlier than others.

However, few will disagree that buying a first home is an important milestone, and, with the age when we are able to buy a house steadily climbing up, it's no surprise that many don't feel properly matured until their 30s (the average age when we buy our first home currently stands at 34).

According to a survey of 1,124 UK adults conducted by household appliances e-tailer AppliancesDirect.co.uk, 31 is the average age when most feel like they've reached adulthood, with 73 per cent of respondents citing purchasing their first home as the event that marked their entry into maturity. Unsurprisingly, buying a car also figured as a prominent marker of adulthood, with 41 per cent naming a car as the purchase that made them finally feel grown up.

Perhaps less predictably, for a sizeable number, it's buying household appliances that made them feel like an adult: buying a washing machine initiated 36 per cent into adulthood, while for others, it was a dishwasher (34 per cent) or even a coffee machine (32 per cent). Bizarrely, 28 per cent of respondents felt all grown up after purchasing their first iron.

These answers may partly reflect how much different people had participated in household chores before they left home; for some, leaving for university was the first time the had to do their own cleaning and washing. But in other cases, it may be that the purely practical purpose of purchasing a household appliance (as opposed to the fun of buying clothes, for example) makes it feel like a truly adult decision.

'Becoming a homeowner is an exciting time for anyone and in most cases, is the biggest purchase anyone will ever make. As our research has revealed, many feel the purchase of their first home is a defining marker of adulthood, though I was surprised to see that some of the more regular household items such as coffee machines and irons to have been chosen by those surveyed,' Mark Kelly, marketing manager at Appliances Direct, comments.

'It was really interesting to see from the findings that 31 is the age that many said they felt like they’d reached adulthood. Of course, we’re legally adults on our 18th birthday, though it’s clear that many don’t class themselves as having reached adulthood until they feel they’ve matured more. It’s clear that it’s not just homes and cars that are important adulthood milestones for Brits, with the purchase of household items being more important to many.'