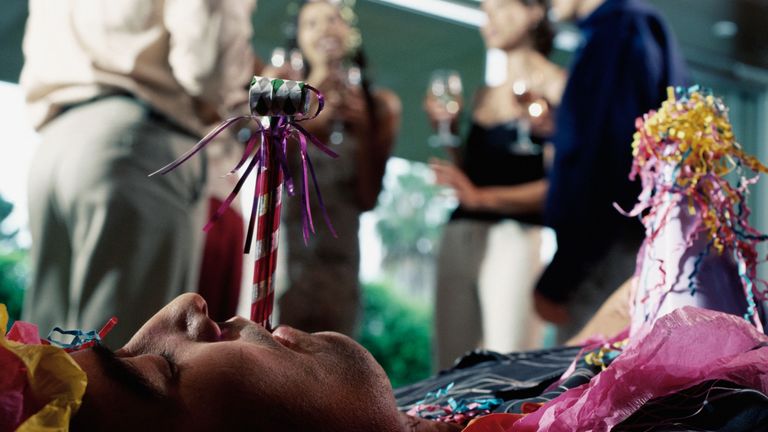 Goodwill to all men fast runs out when it comes to drunken or tardy festive guests, a new survey has revealed.

Visitors who arrive late or drink too much are two of the most common bugbears for Christmas hosts, according to the study by furniture and flooring specialists ScS

Nearly 20 per cent of people asked said they found it annoying when guests didn’t arrive on time, perhaps delaying the serving of food or making the host worry that no one was going to show.

Ironically, guests who did show and then tried to ‘help’, proved equally as aggravating to party throwers, as 14 per cent said they just got in the way. And drunken revellers got short shrift from 10 per cent of people.

When it comes to Christmas lunch/dinner, the biggest problem for the 43 per cent of Brits who make it was not trying to fit the big bird in the oven but trying to find enough seating to accommodate extended family.

The most popular makeshift dining chairs were stools (34 per cent), garden chairs (26 per cent) and even sofas (22 per cent). Nearly a fifth of diners will be tucking into turkey on an office swivel chair. However, rather more precarious options that have been considered include bean bags, gym balls and even an upside-down bucket. Nearly half of hosts selflessly nominate themselves to take the more unusual seat. And the research suggested chivalry isn’t dead as men are 12 per cent more likely to take the emergency chair compared to women.

Simon Nicholson, of ScS, says, ‘Getting the family together for Christmas is the highlight of the festive season, but making sure everyone enjoys themselves, including the host, can be tricky.

‘Guests taking an active role can really help reduce pressure on the host. Nearly half (44 per cent) said the best gift they could receive would be a contribution to the meal – part of the lunch or something to drink with it.

‘And when the last of the Christmas pudding has been served, don’t forget to help out with the washing up!'