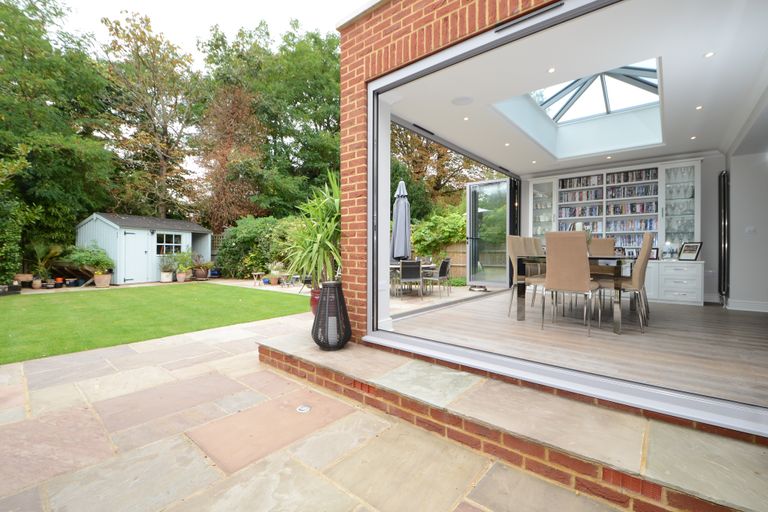 A new survey carried out by Express Bi-folding Doors has revealed that natural light is extremely important to both homebuyers and homeowners across the UK, with 70 per cent claiming that it boosts their mood.

Not surprising, perhaps. But what you might not have realised is that a huge 84 per cent of the 2,000 homeowners asked said they considered natural light a vital factor when choosing a new home.

Not only this, but we would even pay more, on average £4,786 more, for a home where natural light floods the space. Seven per cent of us would pay a whopping £15,000 to £20,000 above the asking price, showing quite how important this is to us.

And the city that would spend the most on a home with good natural light? Plymouth. Followed by Glasgow, Birmingham and Edinburgh.

Behaviour expert Richard Daniel Curtis says, ‘Exposure to increased sunlight has been shown to have a huge impact on well-being and particularly some mental health problems. During the winter, when daylight hours are reduced, the ability to feel the daylight indoors will brighten the mood and help to avoid the negative feelings associated with being inside with artificial lighting all of the time.'

This is supported by interior designer Linda Barker who says, 'A large window that opens up on to a garden space serves to enhance our sense of well-being and can quite literally connect us to the natural world. To cheat extra daylight into a room, position a mirror opposite a window as it will have the benefit of doubling the light effect.’

So if you’re considering new doors, windows, or an extension, a design that allows the most natural light to enter your space could not only boost you well-being, but could increase the value of your property, too.