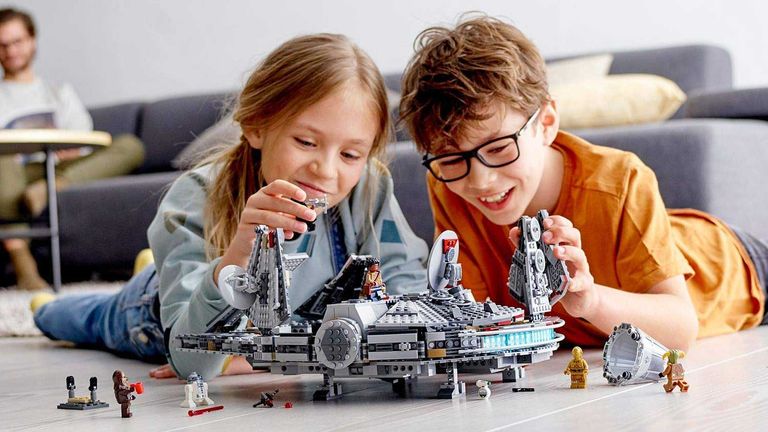 Now could not be a better time for an Argos toy sale. We are all at home a whole lot more right now aren't we? And this whole social distancing thing means you can't hand your kids over to your mum friends, or give them to granny for a few hours, you can't even really head to the park to burn up some craziness. It's just you, the evening entertainment is all on you.

But fear not, because you can order plenty of stuff to keep your children entertained in the Argos sale right now. We have rounded up the best picks for guaranteed hours of fun!

For more deals to make the most of right now head over to our deals hub page.

LEGO Marvel Stark Jet and the Drone Attack Toy | Was £50 now £40
Spiderman Lego! Get your children to build the Stark Jet featuring stud shooters, adjustable wings and an opening hatch. You even get some Lego web so Spiddy can hang from the jet (or your kitchen counter).View Deal

LEGO Marvel Avengers Outriders Attack Toy | Was £20 now £16
Even if your kids aren't massive Marvel fans, there is plenty of play in this set. They can build Captain America's bike, with fake flames and everything!View Deal

LEGO DUPLO Disney Princess Frozen Ice Castle Toy Set | Was £45 now £36
It's Frozen, it's Duplo, it's obviously going to be a winner. You get loads in this set too so it will take a while to build and then there's plenty of play opportunity once it's built!View Deal

LEGO Duplo Bedroom | Was £13 now £10.40
Nawww how cute is this set? This adorable Duplo bedroom set is suitable for ages two and up, you get two girl figures, a guitar, alarm clock, cuddly teddy bear, two beds with blankets, plus a slide. Very very cute. View Deal

LEGO Architecture Statue of Liberty | Was £90 now £72
It might not be for kids but we are popping this is here because if you are stuck at home, there has never been a better time to build a 1,685 piece Lego version of the statue of liberty? View Deal