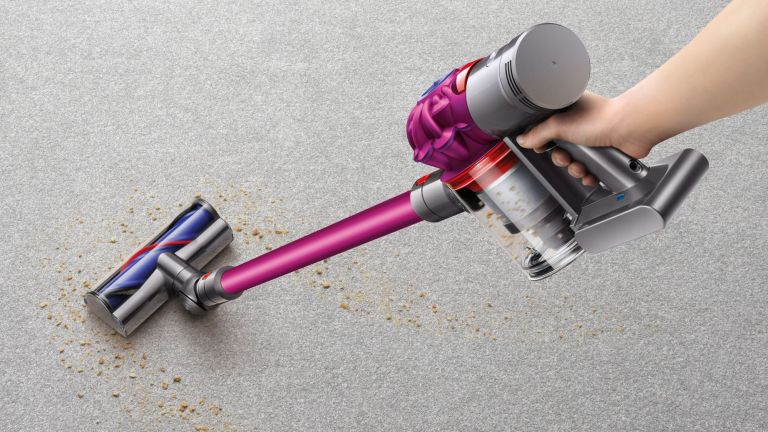 What's to like about it? It's a very lightweight vac – which also makes it perfect for the elderly – easy to use and isn't restricted by wires (obviously). That not only means that you won't have to worry about pulling a plug out of the socket because you've tripped over it/tried to stretch it too far, but also that you can use them to tackle the stairs, the car, under the sofa and other hard-to-reach places.

So popular are Dyson cordless vacuum cleaners that we weren't necessarily expecting to see massive discounts this Black Friday. But, we've been proven wrong. And this super impressive deal on the Dyson V7 might just be one of the best vacuum cleaner deals that we've seen, so far.

We'd recommend that you shop it below, as soon as possible. Because, as we said, Dyson deals don't come around all that often and we'd really hate for you to miss out on this Currys Black Friday special.

Dyson V7 Motorhead Extra Cordless Vacuum Cleaner | was £299, now £199 | save £100
Once a distant dream, cordless vacuum cleaners are quickly becoming the norm. And chief innovators Dyson haven't disappointed with this seriously handy model. Complete with an impressive 30 minutes' run time, as well as a V7 motor, it's just what you need for spot cleaning your home. Plus, it quickly converts to a handheld device, which is perfect for cleaning the car and other hard to reach areas.View Deal