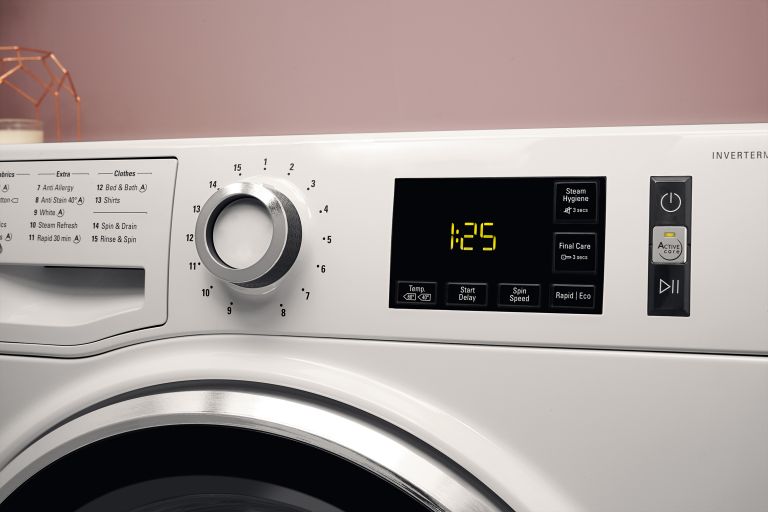 The Hotpoint washing machine recall is being rolled out by Whirlpool, weeks after the company announced that many Hotpoint and Indesit washing machines manufactured between 2014 and 2018 were a fire risk due to a fault with the door mechanism.

The hapless owners of the affected machines – a full list of affected models can be found at the Whirlpool Recall website – have been waiting for weeks to find out when their washing machine will be repaired or replaced. Whirlpool will not be offering refunds to affected customers, claiming that offering refunds could result in unsafe appliances remaining in people's homes or finding their way to the resale market.

The first few repairs and replacements, covering around a thousand of the most vulnerable owners of the Whirlpool machines, were carried out before Christmas. The rest of the approximately 60,000 people affected have had to wait until this week for the recall process to be rolled out, with the first appointments reported to have taken place yesterday.

If your washing machine is on the list of those being recalled, you can fill out a form on the Whirlpool website or call them on a specially designated hotline at 0800 316 1442 in order to arrange for a Whirlpool engineer to come in. You will then receive an email that will allow you to book a date. All affected customers should receive this email by the end of this Friday.

Understandably, many people affected are angry with Whirlpool for the slow handling of the recall and the refusal to offer refunds or any compensation for the inconvenience of being unable to put on a hot wash over the holidays – Whirlpool advised all customers not to use cycles of over 20°C in order to minimise the fire risk. Some have found themselves having to make inconvenient and expensive trips to a local launderette, while others chose to just buy a new washing machine instead of waiting. Many people (understandably) simply don't want the risk of another faulty washing machine and want the option of buying from a different brand.

Consumer and MP groups are pressuring the company to offer people the option of a refund. The company has previously been involved in a consumer row following the discovery of a fire safety issue with its tumble dryers in 2015. A full-scale recall was completed a worrying four years later, and only after pressure from a regulating body.