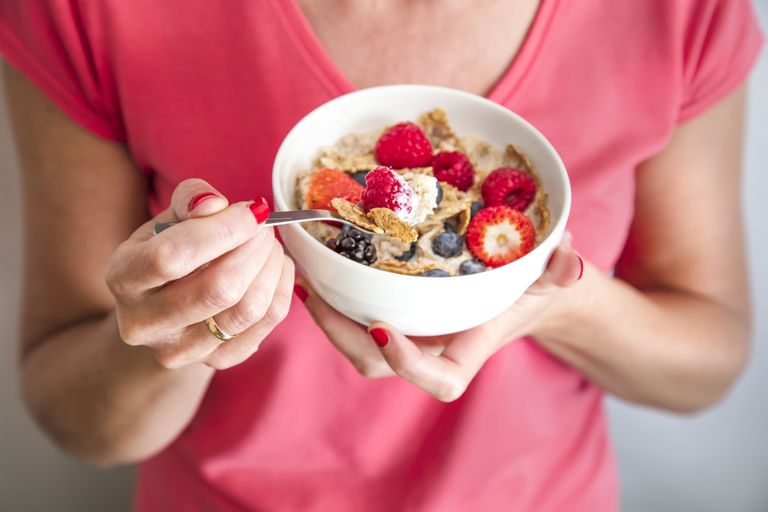 You won’t be surprised to know that many of what you might think of as the best cereals for a healthy diet aren’t anywhere near sugar-free. In fact, many of the breakfast foods that seem to advertise themselves as healthy options aren’t as sin-free as you might think, according to a report from The British Heart Foundation (BHF) of Breakfast cereals ranked best to worst (click the link for the full report). Otherwise, read on for a few surprises.

If you’re trying to go sugar-free, here’s the list of the best three cereals to go for… but there are a few pitfalls to look out for.

1. Porridge is the best cereal you can eat – but watch the toppings

Described by The BHF as ‘heart healthy’, fibre-packed porridge is not only sugar-free, but can help lower cholesterol levels if you eat it every morning (as part of an otherwise healthy diet, obviously – don’t think you can cancel out those lunchtime bacon sandwiches with a bowl of morning porridge). The trick? Don’t sweeten it with honey or maple syrup in the place of granulated sugar; instead, sprinkle powdered cinnamon on it to sweeten it, and sliced banana. They’ll give you the sweet kick without the sin.

2. No added sugar muesli – check it IS sugar-free

Note the ‘no added’ bit of this title, because while this type of muesli is packed with fibre and goodness, including the dried fruits that can count towards your five a day, some of these cereals also include sweetened dried fruit and banana chips which means there will be sugar in the cereal. According to the BHF, those banana chips contain saturated fats, too.

3. Shredded wheat: plain and simple, but there's a but...

This one’s a winner because it has high fibre content but there’s no added sugar or salt. What to avoid? The BHF says to steer clear of fruit-filled and frosted versions, which will probably have sugar added.

Healthy cereals that aren’t as sugar-free as you think

Undoubtedly better for you than some, don’t be fooled into thinking ‘sugar-free’. Always look at the packaging.

Another high fibre, vitamin-rich choice, they are, however, quite sweet-tasting. Noticed that? Yup, it’s the added sugar. Not as bad as the choices below, don’t be fooled into thinking they’re sugar-free, though. The lesson? Always check the labelling.

Like bran flakes, these breakfast cereals can be a healthy choice, although watch out for the added salt and sugar. Unlike bran, they’re low in fibre. BHF suggests adding fruit to your bowl to up the fibre levels.

This covers everything from ‘healthy’ muesli with added sugars to the more obvious chocolate covered and sugar-coated cereals. One of the worst sinners? You might be really surprised when we say granola, which is high in fat and sugar.