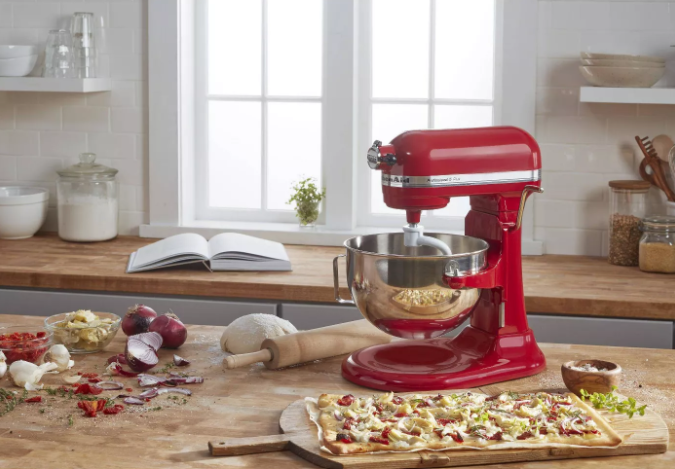 Sharpening your culinary prowess while stuck at home? It might be time to invest in the Kitchenaid Stand Mixer. From whipping up a batch of cookies to deftly churning out homemade pasta, that there's almost nothing the KitchenAid Stand Mixer can't do in the kitchen. Also: they're on big-time sale at Target right now.

The KitchenAid Professional 5qt Mixer is currently $170 off, while some of the smaller models are anywhere from $50-$100 off.

This pro version of the KitchenAid mixer comes with a dough hook, flat beater, wire whisk, and quart stainless steel bowl, and has the capacity to make nine dozen cookies at once (it might just come to that).

This 10-speed, 4.5qt mixer comes in six colors so it'll look chic on your countertop when you're not making pasta and brownies.