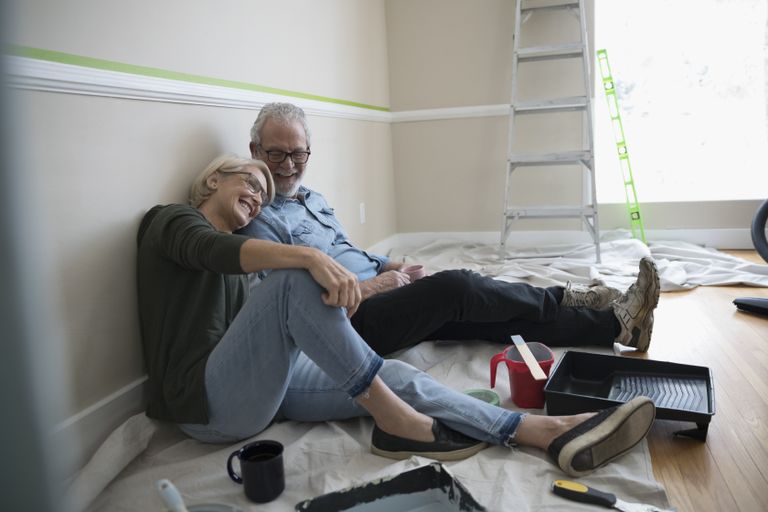 Our love of DIY can translate into quite extreme forms of devotion (think spending every weekend on home improvement projects). For many of us, perfecting our homes is a passion as well as a hobby, even if some bigger projects can give us a lot of trouble – not to mention backache. But how does the love of DIY translate into spending?

Well, apparently it's a staggering £31 billion each year. Not per household, obviously. That figure translates as an average of £1,150.24 per year on spent DIY projects in every home. This according to construction supplier Burton Roofing, which analysed housing data from the Office for National Statistics and spoke to 1,000 people to determine how much we spend.

Unsurprisingly, Londoners are most ready to part with their cash and spend it on home improvements, spending  £2,626 on DIY per year, which is over double the national average. Southampton, Norwich, Liverpool and Bristol were all in the top 10, with households in these cities all spending well over £1,000 on home improvements annually. The city that's not so into DIY? Belfast, where residents spend just £462.80 a year on home alterations.

It may be that the people of Belfast are missing out on new kitchens, but they are certainly saving themselves the trouble from potential DIY-related accidents. The latest figures from NHS Digital reveal that there were 62,895 hospital admissions in 2017-18 for DIY-related accidents. Falling from ladders, injuries from non-powered hand tools and falling through floors were just some of the accidents that had befallen unfortunate DIYers.

'Whilst it is heartening to see so many people trying their hands at DIY, it is important to keep in mind the importance of properly planning out a project, however big or small,' Paul Hattee, managing director at Burton Roofing, comments.

'There are a number of ways a DIY project can get out of hand, with the possibility of damage to property as well as injury to those involved. To avoid living with half a kitchen for six months, mismatched brick effect wallpaper or having to buy a new television after your light fitting comes crashing down, ensure you have properly thought through your household alterations and use the correct protective equipment.'