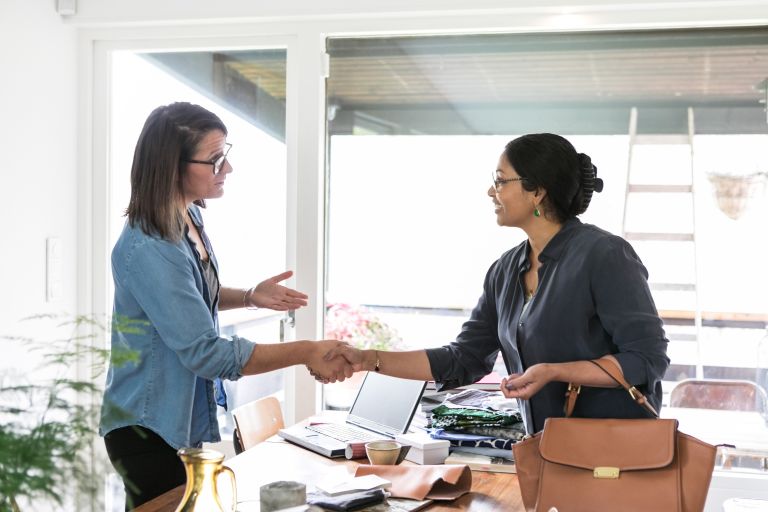 The gender pay gap is still a fact of life in the UK, with men earning on average 8.6 per cent more than women, according to the Office of National Statistics. And while things are changing, the gender pay gap is closing fastest for women over 40, which isn't particularly helpful to younger women wishing to get on the first step of the property ladder.

It's unsurprising, then that, on average, it takes a woman almost a year longer to save up for a deposit than a man (two years if she lives in London), with men typically enjoying £123 more in disposable income each month, which of course makes saving up to buy a house easier.

However, the pay gap isn't the only reason why UK women are at a disadvantage when trying to buy a house. The criteria mortgage lenders typically apply to a prospective house buyer leave most UK women in no position to qualify for a full mortgage on their own, unless they opt for Shared Ownership. Moreover, one of our sources reports being turned away even from a Shared Ownership mortgage application, as the 'affordable' home she thought she could manage to buy was deemed to be too expensive given her monthly income.

This emphasis on monthly income is crucial, and is often the reason why mortgage applications are refused – be it formally or informally. Despite having a good credit record and enough money for a 10 per cent deposit, single women in particular often 'fail' the salary test. Mortgage providers tend to prefer a combined income, and the typical figure they look for, a combined income of £60,000 per annum, is out of reach of the vast majority of women, even those with well-paying London jobs. In order to compensate for a lower salary, a single mortgage applicant would need to stump up on average £30k more for a deposit, which leads us back, full-circle, to women saving less than men. In fact, according to research by Money Supermarket, women have substantially less in savings then men (£18,000 vs £26,000 respectively).

Again, the reasons why women have less in savings than men (despite being more likely to think about saving and have a savings account than men) are more complex than the pay gap alone. One very obvious reason is the motherhood penalty; the majority of women in the UK have children aged 25 to 35, which also happens to be the most important age bracket for career growth.

Despite all the talk about increased parental equality and the introduction of statutory paternity leave, women still take substantially more time off to care for children, and their careers suffer disproportionately to men's. To put it bluntly, men who are fathers get promoted, while women who are mothers are all too often demoted. A recent study by EHRC demonstrates that younger mothers suffer the consequences especially acutely, with a fifth losing their jobs altogether, either through dismissal or hostile treatment. And, of course, many mothers work part-time when they return to work, which translates into earning 32 per cent less for the same work done full-time.

How do these worrying facts translate into mortgage figures? While on average as many women enquire about mortgages as men (in the 18 to 25 category, women actually enquire more – at 18 per cent vs 15 per cent of men in the same age bracket), far fewer actually qualify for the mortgage.  In fact, men's mortgage affordability power is 15 per cent higher than women's. For example, men's average salaries in the past decade have qualified 80 per cent of them for a mortgage on a typical terraced house, while only 65 per cent of women would qualify for the same type of property in the same time period.

The percentage of UK women who are single holding down mortgages? Just 10 per cent, almost half the number of single men (17 per cent). Which points to another disturbing truth about property ownership in the UK: it's mainly open to couples, and being single reduces women's ability to buy a house more than men's. Despite having their own incomes, as well having the same access to education and (at least technically) the same industries as men, women have to partner up in order to be able to own a house, unless they have access to inheritance or parental support. As one of our sources put it, 'I thought all I needed to do was get a great education; turns out I still have to chase a man if I want to live in my own home'.

What will substantially help the UK's single women? The answer to this question is not as straightforward as the accepted solution to build more homes to increase the availability of housing for buying. It may be that, given its current structure, home ownership per se is not what will help single women be more independent or better off financially. More housing, even if subsequent governments get serious about building enough, will not solve the problem of the massive disparity between house prices and average incomes.

What would really help single women is secure, affordable rental contracts that, unlike mortgage applications, would not penalise a single-income person. More council housing would help women much more than more Shared Ownership homes they can't afford. Greater regulation of the private rental sector would also make life much easier for single women, and men.

In fact, a February 2019 poll of 681 people conducted by the Future Illuminate Panel on behalf of Real Homes points to a readiness to embrace renting if it is properly regulated. Asked 'What would be the one thing that would make you prefer renting over buying?', a substantial majority of 60 per cent said they would if they were guaranteed a long-term tenancy with no sharp rent increases. The need for secure rental contracts trumped even the overall cost of renting vs buying, with only 36 per cent stating they would rent rather than buy if renting were cheaper.

The UK's single people, particularly single women, would benefit from real changes to the rental market, and an acknowledgment from policy makers that renting is the new reality for a vast number of people, and doesn't have to be inferior to home ownership. And parents, whether single or in a family unit, would hugely benefit from real equality in the workplace, with equal parental leave a good place to start.