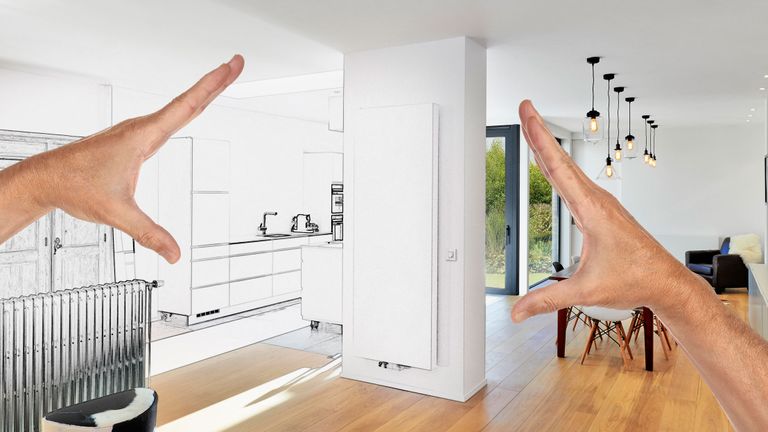 If you've made a planning application to have a house extended, you may have to give up on that dream if you live in Enfield.

The London borough is the toughest place to get planning permission passed for your ideal home, according to new research from MoneySuperMarket – the local planning authority there approved just 62 per cent of the applications that crossed its desk last year. Out of the 513 decisions made on requests for planning permission, only 317 were granted, leaving nearly 200 would-be renovators disappointed. And over in west London, 223 of the 588 applicants asking Hillingdon planning authority for permission to improve their property got told 'no'.

In contrast, it’s not so grim planning-wise up north, especially in the North Yorkshire district of Richmondshire, where 99 per cent of the applications got passed. Out of the 125 decisions they made, 124 got the thumbs up (which makes you wonder how extreme that single rejected planning application was).

However, it may have been the case that some of those hopeful property improvers were wasting their money – not because they were sure to be turned down, but because they didn’t need to ask permission in the first place.

The research showed that five per cent of applicants discovered their project didn’t require the authority’s permission, and they could have saved themselves a £206 fee. In fact, nearly £5 million is being spent on unnecessary applications for work that doesn’t need it – such as alterations that fall under permitted development rights (which pre-grants permission to extend so long as it falls within certain parameters; for details, go to our beginner's guide to planning permission) or to have solar panels on the roof of a non-listed building.

Rachel Wait, consumer affairs spokesperson at MoneySuperMarket, comments, ‘Improving your home can be an exciting but challenging time, especially when it comes to planning permission. Despite three quarters of people saying that the planning permission process wasn’t an enjoyable experience, nearly nine in 10 applications were successful last year. Hopefully that means the difficulties faced by applicants are generally paying off. The good news is that there is a range of government and independent sources available to help you understand how things work.’