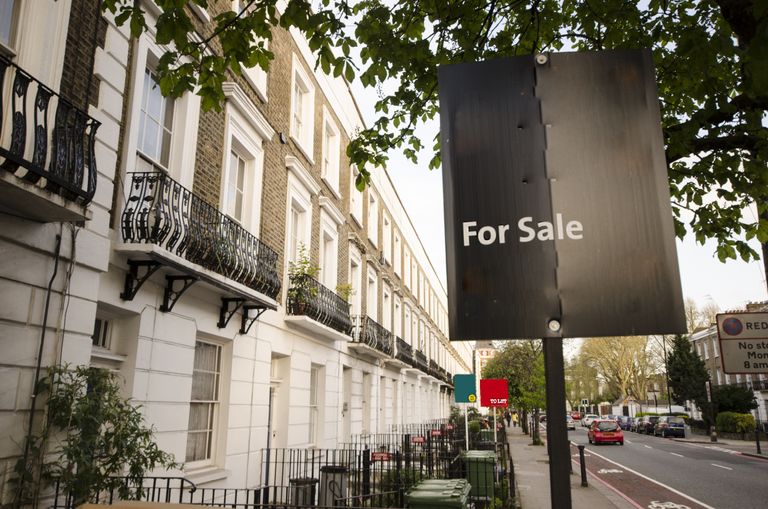 The impact of Brexit on property owners trying to sell a house has been well documented, with many areas in the UK, notably London and the south east of England, seeing significant property price drops. And yet, despite the realities of a stagnant property market, the gap between asking and sold property prices remains wide, with many homes taking longer than usual to sell, newly released figures* show.

A new online tool called Local House Market Insights allows you to view both the differences between asking and sold prices in your area, and how long properties take to sell. All you need to do is type in your postcode in order to view the data, which is based on official Land Registry figures.

The overall picture that emerges from the data is one of London estate agent valuations that are out of touch with the reality of dropping house prices. In south-west London, for example, the average difference between asking and sold prices was over £77,000 in 2018-19. The figures are similar across the capital, and property hotspots such as Slough and Surrey are equally at risk of overvaluation, with the average difference between asking and selling prices there exceeding £25,000.

What’s the harm in an overvaluation? Property Solvers co-founder Ruban Selvanayagam says, ‘Of course, it’s never a bad idea to incorporate a bit of wiggle room into the price. Also, if a client has spent a significant amount of money on extending/refurbishing or there’s more floor space then, of course, it makes sense to command more.

‘However, overly inflated price valuations in the current sales climate invariably lead to properties lingering on the market for a lot longer than they need to.’

So, if you want to sell your house quickly, look up the Land Registry sold prices for your area. Doing so will help you set a realistic price for the property and save you a lot of time and hassle.