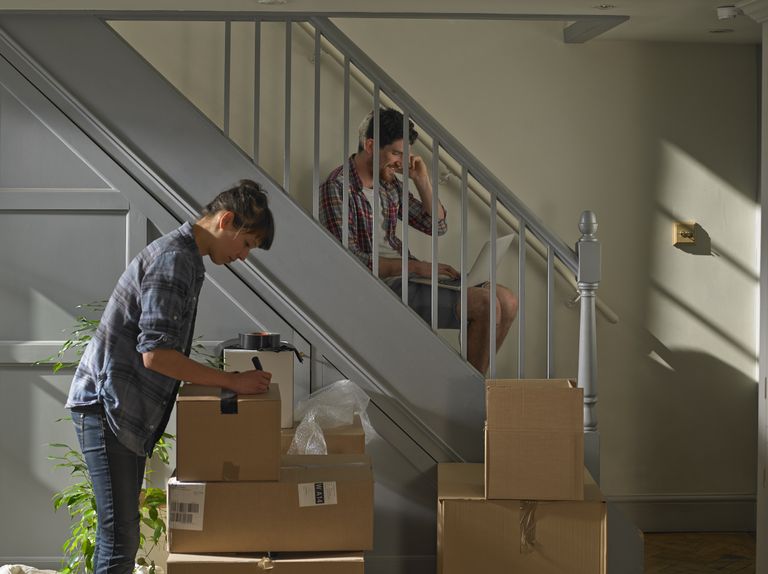 The motto 'improve, not move' currently reflects how the majority of British homeowners are approaching their own property and therefore, where they sit on the property ladder. The start of the year is often a time when many of us will decide to make improvements to our property, whether that's to make it more comfortable for us, or in a bid to put it up for sale in search of a better home. Recent research* indicates that as many as 86 per cent of UK homeowners find the prospect of renovating or refurbishing the property they're already in, far more attractive a prospect than trying to move up the property ladder.

Whether it's people who have only just taken out a mortgage and newly moved in, or people who have been living in the same house for a while, but have only just got round to thinking about improving their homes, the trend of working with existing properties rather than opting for a straight move, is overwhelmingly clear.

Just over half of the respondents in a recent poll (58 per cent) said that redecorating in their own style was their preferred way of transforming their property into what they hope will become their 'forever home'. Half of those polled said they planned on refurbishing the kitchen, while 39 per cent were ready to commit to landscaping the garden. And while the vast majority of the respondents stated their preference for making home improvements was down to the simple fact that they had finally found the home of their dreams, three in ten of those polled (28 per cent) expressed that doing so was less of a choice and more of a necessity, as they simply couldn't afford to move.

The other fact that emerged from the survey was that most people have a very specific idea of what their 'forever home' should be and that they wouldn't settle for anything less. Having a garden is a top priority for 58 per cent of the respondents, while just the right number of bedrooms is the main consideration for 38 per cent, and a third named easy access to amenities such as shops and green spaces, as the most important feature of a home they'd be willing to stay in for the rest of their lives.

Interestingly, many people are overly pessimistic about their prospects of owning a 'forever home', with the average non home owner thinking that they'll be nearly 50 before they settle in a property for good. In practice, the average age of moving into a home that becomes that 'forever home' is 41 – less than 10 years from the average first-time buyer age of 33. So, if you want to be a home owner but are worried that it'll take you a long time to get the home you want, you may be in for a pleasant surprise.