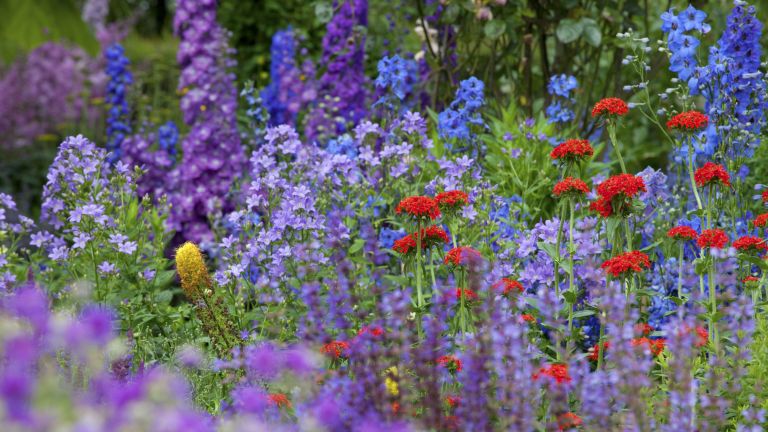 Unless you’ve been living under a rock(ery) for the past few years, you’ll have clocked on to the fact that house plants are big news. We’ve been busily filling our houses with cacti, cheese plants and ferns, and reaping the feel-good, positive vibes that real plants bring to our homes. You'll also probably know that the sales of fake house plants have grown exponentially, too. This is partly down to just how convincing new designs are, but also because they need absolutely no maintenance – other than the odd dusting – and they're (obviously) impossible to kill.

So, it shouldn't come as a shock, then, that our desire for good-looking, no-upkeep results indoors has found its way outdoors. And how. A study by Blooming Artificial has discovered that we’re not only spending less money on our gardens now than we were four years ago, but that we're turning to faux foliage to fill out our gardens, too.

The study showed that 66 per cent of people in the UK have spent less than £500 on their gardens in the past three years, which is a sharp decline in comparison to reports from 2015 to 2016. Of the 2,000 people questioned, 86 per cent said they aren’t growing and maintaining the flourishing garden of their dreams because they don’t have the time or energy (we hear you), while just 14 per cent said they’re neglecting their garden space due to cost.

'It will be interesting to see how the "typical" British garden continues to change. A lack of time and energy doesn’t necessarily have to mean paving slabs – we’re seeing a growth in the number of people turning to faux outdoor plants as an easy solution for those who are time-poor,' says Alick Burnett at Blooming Artificial.

What is fascinating is that, as a nation, we’re willing to spend thousands of pounds more on a house with a garden, with the assumption that this will enrich our home lives, but now increasing numbers of us are simply paving them over or replacing living plants with artificial ones.

Ditching the greenery of living plants for easy-to-maintain paving and fake foliage, of course, has its benefits. No need to mow the law, trim the hedge or come back from holiday to a sea of dead flowers. And while we love good-looking artificial plants, in a stressy, fast paced world where more of us than ever are actively seeking out a means of mindfulness, tranquility and escapism, it seems we’re missing out on the transformative hobby that’s right under our noses. Known to relieve stress, boost mental health and help keep you fit, good old fashioned gardening can bring so much positivity to your life, so if you’re lucky enough to have a garden, why not make the most of it?