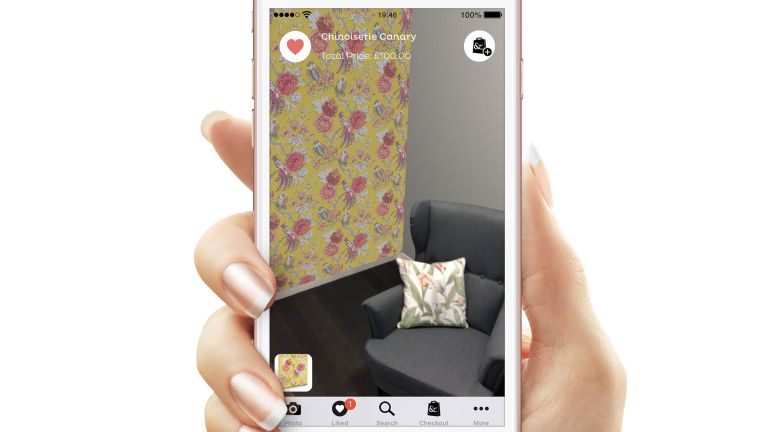 Gone are the days of tearing off wallpaper swatches and holding them up to walls, straining to imagine how the design on this scrap would look in part or all of the room. Now, there is an app for it.

Wallpaper and paint manufacturer Graham & Brownhas developed DecoratAR – the first app of its kind to visualise pattern and colour on the wall – intended to help home decorators really see the pattern or colour in the space before choosing their wallpaper.

A giant leap from the current swatch method, the app uses Augmented Reality to present a decorated wall in a few simple steps.

Just launched through the App Store, the digital helper shows you how the room will look, and allows you to move around it to see the design from any angle and with different light sources. You can even get up close and really study the intricate detailing.

‘People love the thought of using wallpaper but often struggle to visualise what it will be like in their own home. While there is a lot of inspiration to be found socially, online and in magazines, making that jump is a challenge for most of us,’ says Alan Kemp, head of brand at Graham & Brown. ‘This app makes it easy and is very intuitive. You can save your favourites or take an image of your creation to review and share. If you like what you see, you can buy it then and there.’

The app has been developed in-house through the Future Innovations Panel at Graham & Brown, and the tech uses the camera to present a finished wall in real time.

With people better able to see the potential results of their redecoration, they have become more adventurous in their paper and paint picks, says Paul Martin, head of IT at Graham & Brown. ‘The aim was to make something intuitive, accessible and quick to use. We’ve found in testing that people are far bolder in their choices because they’ve seen exactly how a paper might look.’

Graham & Brown’s DecoratAR is available to download free from Apple App Store. An android version will be available later in the year.