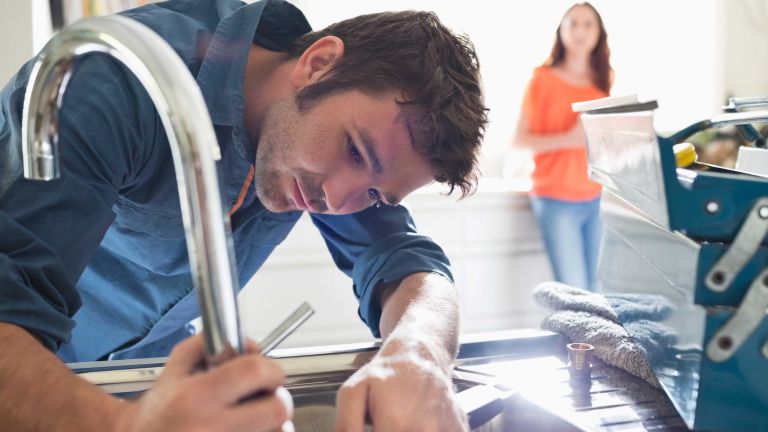 We’ve heard of the bank of mum and dad funding millennials' house buying, now it seems that parents are renovating for them/us too.

According to a new study, instead of getting stuck in and DIYing, millennials are relying on DDI – Dad’ll Do it – when it comes to tackling home repair tasks. Rather than attempt to put up a shelf or replace a doorknob, they call on the practical experience of parents.

Nearly half (45 per cent) the 23 to 38 years olds questioned in the survey for Ronseal, admitted seeking help from their ‘old man’. In comparison, only one in five would hire a professional to assist them – perhaps because dad is more likely to accept payments in cups of tea than charge for his services.

The survey discovered that a number of manual skills, such as plastering a wall, replacing a socket or even painting a fence, appeared to be dying out among the younger generation.

The majority said they only did DIY a ‘few times a year’ while one in 10 confessed to never having picked up a screwdriver, hammer or paintbrush. Less than half said they'd put up curtains or blinds and only three in 10 had painted a shed.

And it is the parents who are actually getting the blame for the lack of knowledge – with six out of 10 millennials accusing dad (or, presumably, mum) of not passing down handy skills.

To try to turn this around, Ronseal, the wood care specialist, has partnered with parents who are experienced in DIY as part of a campaign to get the nation’s DIY skills back up to scratch.

Rob Green of Ronseal, says, 'For homeowners who want to tackle jobs quickly and easily, DIY skills are as important as ever – but our research shows that these skills are dying out, particularly among new homeowners.'

The stats of the survey revealed that three in 10 had never attempted to change a lightbulb while only one quarter had hung wallpaper.

One of the reasons given for this was the difficulty getting on the housing ladder in the first place, denying them the opportunity to try home improvements as they were living in a property they didn’t own and weren’t able to make changes to. Thirty six per cent said buying a house would encourage them to learn the skills required to maintain it.

A lack of confidence was also a factor, with over half being ‘scared’ of making mistakes and three in 10 admitting they ‘wouldn’t know where to start’.

To help those that want to brush up on the basics, Ronseal will be piloting DIY workshop classes with the Men’s Shed Association over the summer.

Carpenter Nick Petit is one of the team behind the Moss Side Men’s Shed, and comments, 'There is a real guilt among a lot of people who come here about not having great DIY skills. They feel it’s something they should know.

'We all need help to learn, to gain that confidence. Being able to take care of and maintain your own home is useful and saves you money in the long run. The only reason I know what I’m doing is that I’ve been doing it for years. If I can share that then that is great.'

And millennials have shown they are keen to learn, if only to save money. Fifty seven per cent per cent would rather be doing it themselves than paying someone else, compared to the two in 10 who would prefer to save time by hiring help.

To offer instruction, and take away the embarrassment of people having to ask for help with the basics, Ronseal have  launched Pocket Parent in Facebook Messenger, where experienced DIYers are on hand to offer tips and advice. We love it.