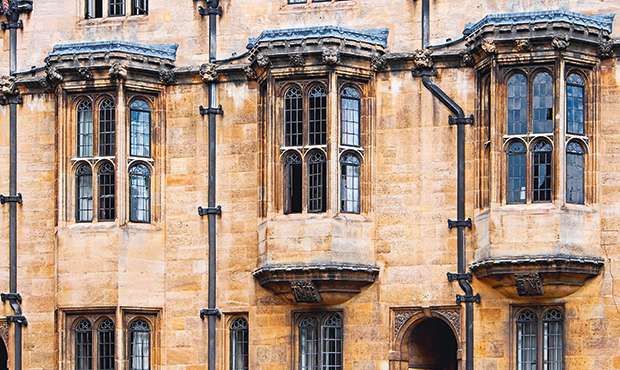 If you have a home with metal windows, you may find that they need repair and maintenance to keep them in good condition. Potential problems include the fracturing of cast iron because of impact or casting flaws, and the distortion of wrought iron or mild steel following forcible closure of casements where there is paint build-up. Here's an expert guide to maintaining your metal windows.

Read our buyer's guide to metal windows if yours need replacing completely.

Light rust can be cleaned off manually or with power tools. More severely corroded windows frequently have to be taken to a workshop for treatment by a specialist.

Cleaning may reveal heavily corroded sections requiring repair. Wrought-iron components can be repaired by cutting out defective lengths and welding in new pieces in the same material, as can steel members where the profiles are still available. Cast iron is most easily repaired by cold stitching. Specialist iron foundries can take moulds from cleaned originals and recast components.

Distorted frame members can normally be eased back to square. Stiff opening casements should be serviced to ensure proper operation first. All major work will, of course, entail prior removal of the glass.

Owners often mention thermal radiation through glazing as the reason for replacing windows, whereas the major source of heat loss is air infiltration around casement edges. Elimination of draughts should, therefore, be the first priority.

The installation of new windows in an old building may be justified where existing windows are genuinely beyond repair. New windows in homes must comply with building regulations, but important exemptions and special considerations exist for historic buildings, where full compliance will alter the character or risk a deterioration of the building fabric.

A short history of metal framed doors and windows

Metal-framed windows can be beautiful and form an intrinsic part of many older buildings. They are made principally from one of three materials – wrought iron, cast iron or mild steel – and their evolution reflects changes in technology.

Individually crafted wrought- iron frames with leaded glass date from the mid-16th century onwards, and are of the fixed or opening casement type. Casement windows required greater skill to make all of the fittings — pintles (pins) and gudgeons (eyes), or, alternatively, hinges, from which they were hung, as well as catches, stays and handles. Their popularity declined during the 18th century but was then revived during the Victorian period.

Steel windows as we know them today were produced after Sir Henry Bessemer pioneered a process for producing mild steel, and were manufactured extensively from World War I to the 1970s. Synonymous with the dominant manufacturer, Crittall, they exist in a wide variety of styles and standards. Galvanising was introduced into the production process in the mid-1950s to inhibit corrosion, while recycled steel is used today.