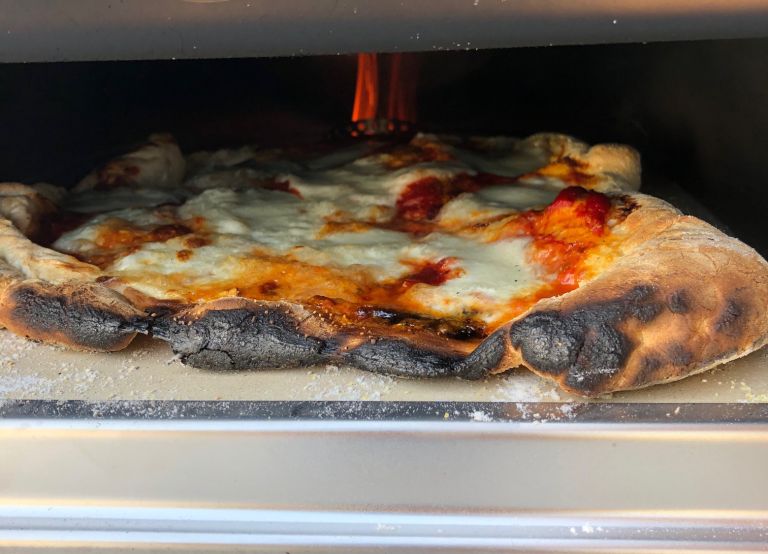 Pizza is officially the UK’s favourite food to eat in the home. The tomato and cheese covered slices of heaven narrowly beat out another Italian import, spag bol, in terms of popularity, according to a survey carried out for range cooker specialist Leisure.

Forty three per cent of people have it at least once a week, with just over 41 per cent, tucking into pasta with a tomato and mince sauce. The classic British roast (Discuss: Yorkshire puds with every type of meat or only beef?), came in a commendable third with just over 40 per cent of mealmakers serving it up on a Sunday.

Brits spend, on average, 47 minutes per day cooking. During that three quarters of an hour, nearly 40 per cent liked to whip up a spicy curry once a week. The humble Jacket potato was a solid standby for more than 37 per cent, while traditional fish and chips is still a popular dish in more than 34 per cent of homes.

And in a shock to Millennials, one of the least favourite meals was avocado on toast, with just 6.5 per cent making and eating it in a typical week. More people are willing to eat toad in the hole (12 per cent) or stuffed peppers (7.9 per cent).

When it came to sampling different cuisines other than British, most people went for Chinese (76.3 per cent), Italian (72 per cent) and Indian (69.5 per cent). Travel has opened up people's eyes and palates to more exotic foods and they are seeking it out over here. Nearly five per cent of those questioned said they’d eaten Mongolian, almost seven per cent had tried Nepalese, while 12 per cent said they’d enjoyed Vietnamese.

As for having company while we eat, people in Edinburgh are the most likely to have their meals solo (37 per cent of responders). Men tend to eat alone more than women, particularly those over 55, and vegans can often be found consuming solitary meals free from animal products (39 per cent).

Gino Grossi, marketing manager at Leisure, comments: 'Our research reveals we are a nation of adventurous foodies, and it's great to see the variety of cuisines that make up the British weekly menu. From old favourites like Chinese and Indian to newer arrivals like Greek and Mexican, Brits love to treat their taste buds to a plethora of treats from around the world. Whatever cuisine you're cooking up at home, be sure to keep the quintessential British adventurousness alive in your kitchen.'