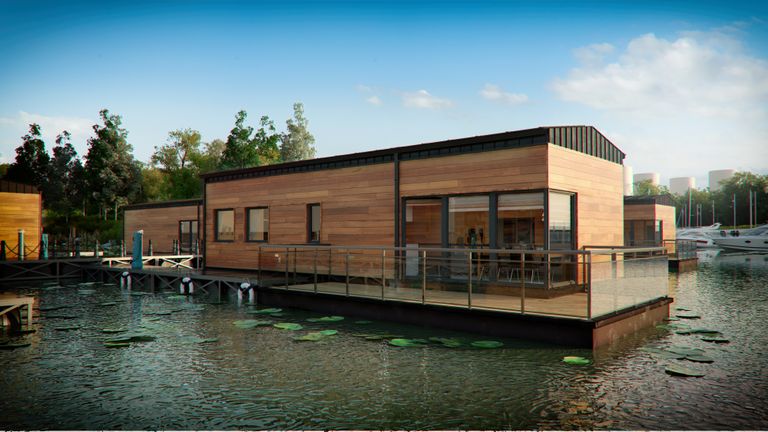 There is a housing shortage, a fact that has finally been acknowledged by the government's pledge to build a million homes by 2020. How achievable this target is remains to be seen, but, with sky-high house prices in many areas of the country, affording a property isn't becoming any easier.

One radical solution is ditching conventional housing altogether and opting for a house boat. The trend for living on water is on the rise, especially in London where there were 3,255 narrow boats in its waterways in 2015. According to the Canal River Trust, almost 33,000 people operate a houseboat on Britain’s waterways and official figures suggest numbers will keep rising due to more people working from home.

So, might boat life be the right choice for you and what do you need to know about this type of housing?

The initial cost of a narrowboat is definitely far more attractive than the average house cost of £200k: 50ft narrowboat will cost you around £20,000. The more substantial option of a two-bedroom floating home will come in at £160,000 to £180,000.

More affordable but still a substantial sum of money; so, can you get a mortgage on a floating home or house boat? Here it gets a little more complicated due to legislation. Jeff Whyatt, Managing Director of floating home and mooring company BWML, explains: 'Floating homes and narrow boats are like lodges and park homes – which are not classed as buildings. They are not registrable at HMLR (Land Registry) and do not qualify for a mortgage as a traditional house or flat. There are various loan companies who will offer finance and BWML are in the process of signing up a preferred finance company.'

Apart from the initial cost of the narrowboat, there are maintenance and insurance costs to consider. The biggest post-purchase expense will be the annual mooring fee of around £2,000 a year, a narrowboat licence which will be between £700 and £1,000 depending on the size of your boat, and ongoing maintenance costs of around £1,000 per year.

Nevertheless, given the high costs of repaying and maintaining a land home, living on water may still come in cheaper in the end – according to Halifax, on average it typically costs £9,590 to run a house for a year, whereas living on a narrowboat is around £5,530 a year.

Will a boat suit your lifestyle?

Julie Cox, who has lived on a house boat for five years says: 'Living on a boat isn't necessarily cheaper than a house depending on how you go about it. But it is more controllable: finding wood for the fire throughout the year, easier to heat in the winter, partly because of smaller space, no hassle with gas, electric companies and for us no water bill.'

She continues: 'You do have a licence to pay annually, plus a moored licence if you stay still, boat insurance of course and a Boat Safety Certificate every four years. Some would say it’s safer in a house. More secure. More space. And you don't have to fill the water tank!'

The other important thing to bear in mind is that if boat life appeals to you, where you end up living will depend largely on the locations of the UK's marinas (where you can moor permanently) – unless you are happy to become a continuous cruiser, which involves moving a minimum of 20 miles every year and spending no longer than two weeks in any one mooring (exceptions are made by the Canal River Trust for medical appointments and illness).

Our verdict is: go for it only if you love boat life, and if you are willing to experiment with your location.