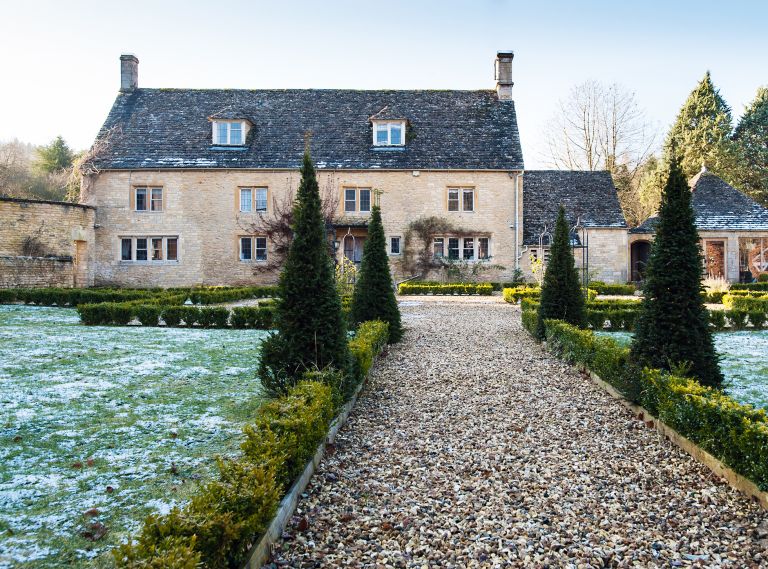 Looking for inspiration to take on your own cottage renovation project?

While many couples remember the very first time that they saw their home and fell in love with it, there was no such heart-stopping moment for Christian and Jessica Fleming at Blanche House, their Cotswold family home. The property was, nevertheless, responsible for fluttering hearts, because it brought Christian and Jessica together.

Find out how they renovated it, then browse more of our real home transformations. Read our guide on renovating a house, too, for more guidance.

The owners: Jessica and Christian Fleming live here with their two children, Inigo, three, and Somerset, one. Christian is an architect and Jessica is a director of his company

What they spent: The couple moved into the house in 2007 and have spent £100,000 on its renovation. The property has recently been valued at around £3.5million

The original four cottages, forming part of the Fleming family’s Lagor Farm Estate, were converted into one farmhouse by Christian’s parents, who moved into it in 1980 with Christian, then aged two.

‘Our mothers were friends,’ explains Jessica. ‘We used to play in the garden together and we have known each other since we were very small children.’

Whether they’re enjoying a game of croquet, playing with their dogs, riding a neighbour’s pony or entertaining, Christian and Jessica are still enjoying the beautiful and extensive garden. The house was an early inheritance from Christian’s father James Fleming, the novelist, who is a nephew of Bond creator Ian Fleming.

‘Christian’s parents divorced when he was 18 and the house was let to a couple who loved hunting, shooting and fishing,’ says Jessica. ‘When we moved in, back in 2007, it was full of hunting scenes and decorated in the most alarming colours. The first thing we did was gut the utility room and the kitchen, as well as removing the wall between the kitchen and the hallway to open up the space. We wanted to replace its existing old-fashioned Cotswold sporting look with a more contemporary style.’

Having almost made the birthday party deadline, entertaining has continued to be important for the couple, and for them it is a big part of having a lovely house in the country. ‘When friends arrive from London, within moments they’re unwinding, relaxed,’ says Jessica.

At Christmas, Christian fells a tree from the estate woodland to bring home, while Jessica gathers holly and mistletoe from the garden to decorate pictures and arrange all over the house.

Although their children are young, they have already established their own Christmas traditions. ‘On Christmas morning we have stockings in bed,’ says Jessica. ‘We go large on the boys’ stockings, but, for each other, we usually book a romantic getaway in the new year instead.’

Both their families live close by and turn up around midday on Christmas Day. ‘We have champagne and loads of nibbles while opening presents,’ explains Jessica. ‘Then we might go for a walk around the farm with the dog, feed the horses, and come in for a late lunch once it’s dark. We always eat a huge turkey with all the trimmings, winter vegetables from one of our gardens, and someone will make mince pies and a Christmas pudding. There’s no Christmas cake, though, just some delicious brownies.’

After lunch, the family finishes opening the presents, but there’s no time for dozing in front of the log fire. ‘We get stuck into games,’ admits Jessica, ‘usually charades or a form of it. As our families have been friends for years, since well before we were married, we always spend the Christmas season with both sides of the family, including both sets of parents, siblings and grandparents.’

There is still work to do at Blanche House, with plans to build a self-contained annexe at the top and extend Inigo’s room into the loft room. The boot room is already set to be extended, while the adjoining garage is being converted into an office for Christian’s company and the couple have just had a stone outbuilding constructed to house a biomass burner that will supply all their heating and hot water.

Christian’s home-based architect’s practice is a thriving business in which they both work, Jessica helping with some of the designs as well as the basics of running the company. They admit, though, that they need a project, and Blanche House might not be home forever. ‘We’d love to build our own house,’ says Jessica, ‘but, as long as we’re living in England, we’ll stay in the Cotswolds.’