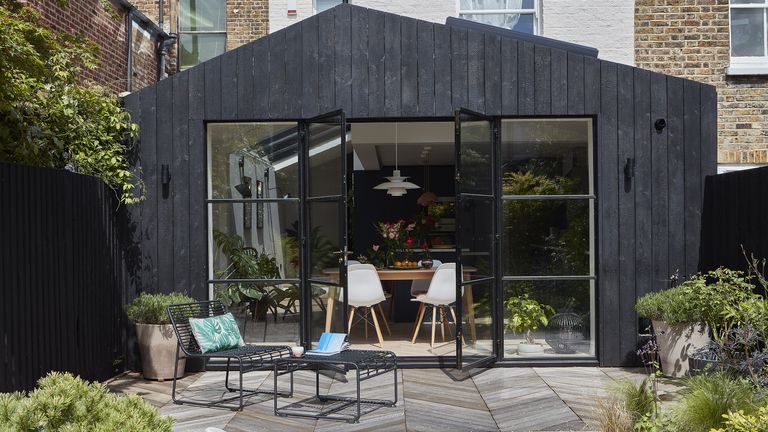 Getting that first foot on the property ladder can seem like an enormous leap rather than a small step, especially when you throw a London location and sky-high property prices into the mix. For Lingjing Yin, it meant relocating to an unfamiliar part of the city and taking on a renovation project to get the space she wanted at a price she could afford.

Her extensive search finally led her to a Victorian terrace on a quiet side street, but the ugly exterior almost made her walk away without stepping inside.

Read on to find out how she’s turned a dated property into a swoon-worthy space, then discover other home transformations for more inspiration. Find out how to plan and design a kitchen extension in our guide.

‘As a first-time buyer, my budget would only stretch to a two-bedroom flat in London if I opted for something in walk-in condition, but taking on a property in need of renovation work meant I could stretch to a three-bed house, plus I knew there was the chance to add some value if I extended in the future,' says Lingjing.

'Although a developer had made some basic updates to this house, it was done fairly cheaply. The interior was far from welcoming, and the unappealing pebble-dash exterior at the front was definitely not on my wish list!

'I spent the first two years decorating every room and improving the bathroom, but did nothing to the small kitchen. There was a hole in the ceiling and only a couple of basic units and fittings, so I knew it would be a major job to transform it.’

‘With an empty strip of garden to the side of the kitchen, extending out into the side return was the obvious solution to gain more space. I worked with an architect friend of mine, Lulu Le Li from Lunar Architects, to draw up the plans.

'We spent a long time just chatting about my lifestyle and what I like to do in my spare time, which helped her to understand what I wanted from the new space.

'At this stage of the process it was more about functionality, zoning and the overall layout of the room rather than specifics about kitchen colours and materials, although I was instantly won over by the suggestion of a dual-pitched roof in the new rear section of the extension and a fully glazed end wall to maximise the feeling of height and light.’

‘My first architect couldn’t continue on the project due to other work commitments, so I worked with Sam Architects for phase two, which involved applying for planning permission and getting build quotes. I found this part incredibly daunting as I had no idea what to expect when it came to costs.

'All three quotes came in at more than I anticipated, and when you’ve never done anything like this before, you do worry about whether you’re being offered a fair price. There comes a point, however, where you just have to take the plunge and
commit to it if you want to achieve your dream space!

'I moved out for the duration of the four-month project, but came back for weekly meetings to keep an eye on progress.’

‘I knew quite early on that I wanted Crittall doors, a dark kitchen and chevron flooring in the extension. I’d seen a similar floor in the restaurant of the BFI on Stephen’s Street in London and thought it would look great in here.

'I drew a 3D plan for the kitchen layout on my iPad, including details such as where I wanted the cupboards, drawers, full-height units and hob, then passed the plans to my joiner to build the units.

'Having used marble worktops in my bathroom, I was keen to have them in here, too. I know people are nervous about marble marking easily, but I’ve never had an issue with it, plus I love how you can see the glazing reflected in the marble when it’s sunny. It really helps to bounce the natural light around the space.’

‘Having lived with cardboard covering the rear opening to the garden for a long time due to the order time for the windows, the day the Crittall glazing was fitted was a real “wow” moment as it felt like everything was finally coming together.

'Since completing the extension I’ve also had the garden designed and landscaped, and now indoors and out feel like one big space. Inside, the island has been a huge success – my friends naturally gravitate towards it when I’m cooking so it’s very sociable.

'Although it works well with lots of people in the kitchen, I also love being in here on my own. A Sunday evening sitting in the armchair reading a book and looking out at the garden is one of my favourite times of the week.’