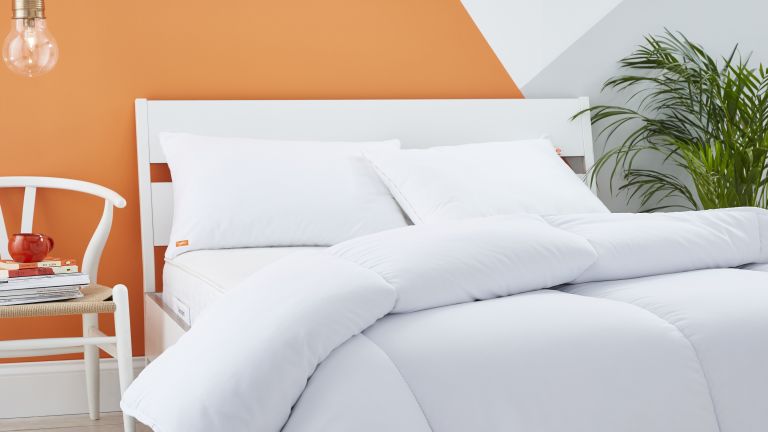 He likes to be toasty and warm in bed, while she likes to keep cool. Cue bickering over the weight of the duvet they should choose, or whether to have the covers pulled right up to neck level or pushed down to the waist.

Forget about sleeping well or picking the best mattress for the best night's sleep – welcome tossing and turning as you struggle to keep warm/cool down. Sound familiar? With a quarter of British couples regularly arguing about their shared duvet, it's high time someone invented a duvet that is customisable not to one but two people sleeping under it.

Which is exactly what the new Hot & Not duvet by Nanu delivers. The concept is divinely simple: the duvet is split in two by weight, with couples able to choose from four tog options on each side, ranging from the summer weight of 4.5 tog to the very toasty 10.5 tog. You can go one or two levels up from your partner's preferred duvet weight, though you can't have a very thin duvet on one side and a very thick on the other, as that would make using it difficult.

This duvet will be especially useful to women going through menopause, a group Nanu are especially keen to reach with this new duvet launch. With the often unpleasant nighttime side effects of this transitional period in women's lives finally given the appropriate level of attention in the media, it's encouraging to see that the world of bedding has caught up with women's needs. Their partners will benefit too, since it's much easier to get a full night's sleep next to a partner who isn't hot and uncomfortable.