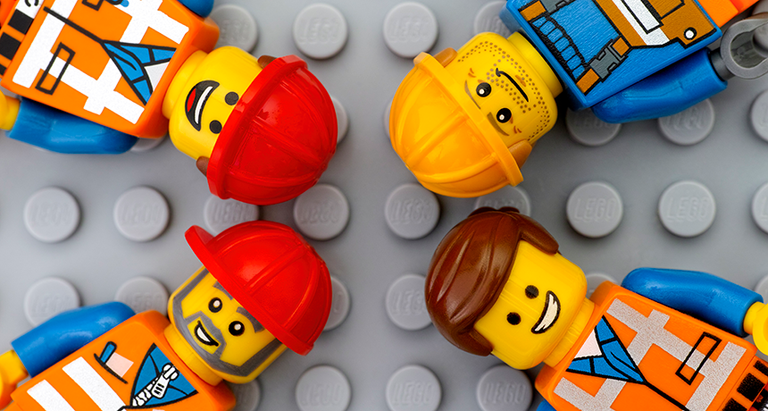 It's not Christmas if you haven't bought someone a LEGO set. Whether you're young or old, LEGO is a beloved gift. So, if you're looking for the perfect present for LEGO fans this Black Friday, then you've come to the right place as the Amazon Black Friday currently has 40% off their best-selling sets.

Whether you have a Star Wars fanatic who would love to build a Star Wars Droid Gunship Battlefront (down to just £34.99) or a someone who would have heaps of fun constructing and playing with this LEGO Friends Heartlake City Resort (reduced to £49.99) – Amazon is the place to be for LEGO discounts.

For the more technically minded, the LEGO  Technic Tracked Loader 2 in 1 Dumper Model has 40% off making it just  £32.99. This realistic excavator model also has a unique combination of features and manual functions which are sure to delight budding engineers.

There's even something for little Lego fans as there's a £20 saving on DUPLO's Town Farm Adventures Building Set making it only £34.99 and if you're looking to fill their stocking then there's the Town Farmers' Market Set for just £12.99.

If you're looking for more Lego sets, here's where else has great offers best Black Friday Lego deals NOW!

Save the day with a fire ladder toy truck, complete with extending swivel ladder, fire hose with pump system. The set also features a three-level building, crane and a toy helicopter along with even LEGO City mini-figures : two construction workers, a pilot and four firefighters.View Deal

Transport yourself to a tropical island as you build a beachside resort hotel with water park, monorail, slides and a water scooter. The set also includes Stephanie, Andrea, Olivia and Mason mini-dolls plus Sheen the dolphin figure, for endless fun.

Specially designers for smaller hands, this set is the perfect present for pre-school children and includes  a tractor toy and lots of farm animals as well as a farmhouse, barn and slide. View Deal

Ideal for a stocking filler for little lego fans, this set has large building bricks which makes it perfect for preschool children. While being fun to play with, it also helps develop their fine motor skills. View Deal