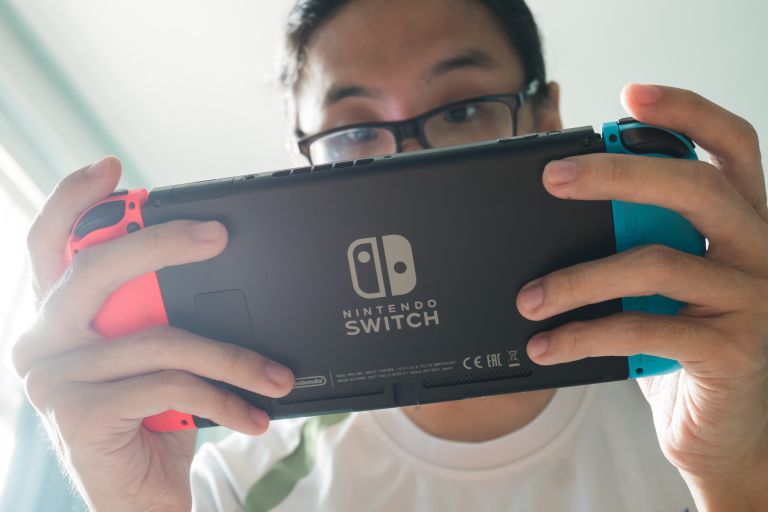 A Nintendo Switch is a present any video game fan will thank you for. The fan is you? Then a little self-gifting might definitely be in order. To cut to the chase, snapping up a deal on the best Nintendo Switch with Christmas around the corner is a great strategy.

For the uninitiated, the joy of the Nintendo Switch is its flexibility: it’s both games console and handheld. Yes, it’s like having two machines, but in one neat package.

At home, the Nintendo Switch can be docked to allow HD gaming round the TV. Out and about, it’s an easily portable handheld for gaming wherever and whenever. There’s also a tabletop mode that allows screen sharing and multiplayer games.

It’s not just the festive season that makes right now a good time to grab one. There have been loads of fabulous games released this year, so there’s something that’s sure to please gaming fans of all ages.

Where do you pick up the best deals on this clever two-in-one? That’s where we come in. We’ve found them for you, and they’re all here.

In order of cost low to high:

The Nintendo Switch Lite has been designed with on-the-go gaming in mind, so you can jump into your games on your commute, on a flight, out at the park... It's super lightweight, the controllers are built-in, and this device plays the whole library of Nintendo Switch games that have a handheld mode, so if you've already got a Switch console, loads of your games will already be compatible.

A smidge more than the above, this is a deal you need to grab now as stock is limited. There’s the same long battery life with the games you opt for determining how much time you’ll ultimately get. Fact fans, for The Legend of Zelda: Breath of the Wild, that’s around five and a half hours.

The latest version of the Nintendo Switch, this model has improved battery life with up to nine hours, depending on the game, compared to the original four and half. It comes with two wireless Joy-Con controllers for gaming with a friend – and it’s only £319.