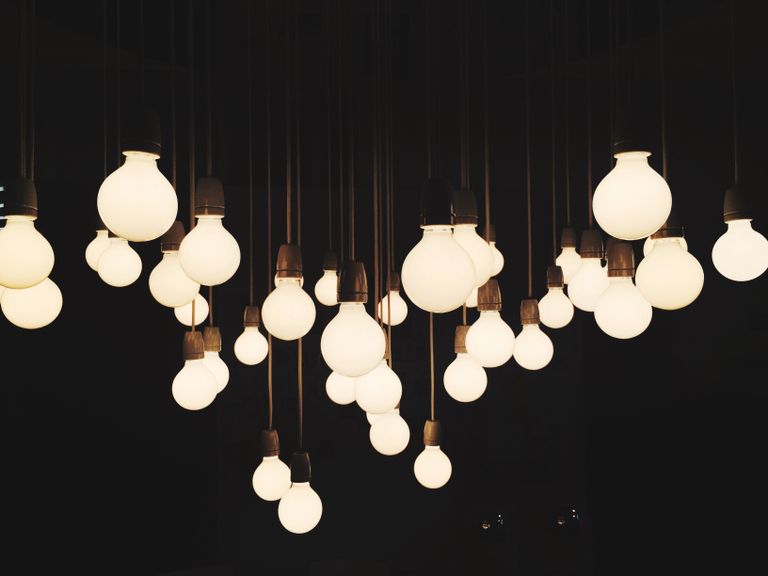 Light pollution is a major problem that can not only affect our ability to gaze at the stars, but also disturb our sleep patterns and, on a wider scale, impact the habits of wildlife.

Homeware and furniture retailer Utlity Design claim a staggering £4.4 billion is being spent every year in this country on keeping the home lights burning when they don’t need to be.

They are being left on when we go to work, when we leave a room and even after we've gone to bed.

This is in spite of the fact that lights being left on is the major cause of arguments at home, with 67 per cent of people questioned giving it as the top reason they row (followed by not doing the dishes or leaving clothes and shoes on the floor).

Whether leaving lights on is promoted by fear of the dark or simple forgetfulness, the research found that 4.7 million of us are leaving the light on when we go to bed.

Based on industry averages, over an eight-hour period of shut eye, this equates to an estimated total of £3,619,000 being spent each night in the UK – creating 8,985,600kg of nightly carbon dioxide emissions, the same as 15 round the world flights.

If we braved the dark and switched all lights off before going to bed, we could ourselves just over £281 a year on average, too.

Around 6.5million people said they absent-mindedly left lights burning in rooms even after they’d left them. That adds up to £14,950,000 of energy being wasted each day across the UK, creating 37,440,000kg of carbon dioxide emissions – the same as 62 flights around the world.

The cost savings of just flicking a switch could be huge – we could recoup nearly £834 a year by only having lights on in the room we're occupying.

And lights are being left on when there is literally no one at home, with 14 million people confessing to leaving one on while they were out at work. In just one day the carbon emissions would be 26,880,000kg, comparable to around 45 flights around the world.

We could save ourselves nearly £185 a year if we made sure they switched them off before we went out of the door (and buy a nice new light fitting with the proceeds).

Richard Skelton, brand & e-commerce director at Utility Design, comments, ‘Here at Utility we recognise the importance of well-designed, functional lighting. However, this study goes to show that it’s worth being conscious of our energy consumption and switching off unused lights, from both a personal finance (saving money) and an environmental point of view.

‘It was interesting to find out that the bathroom is the main room where people accidentally leave on the lights – perhaps we are slightly too bleary-eyed after our morning showers to make sure that we are being responsible with our energy consumption.’