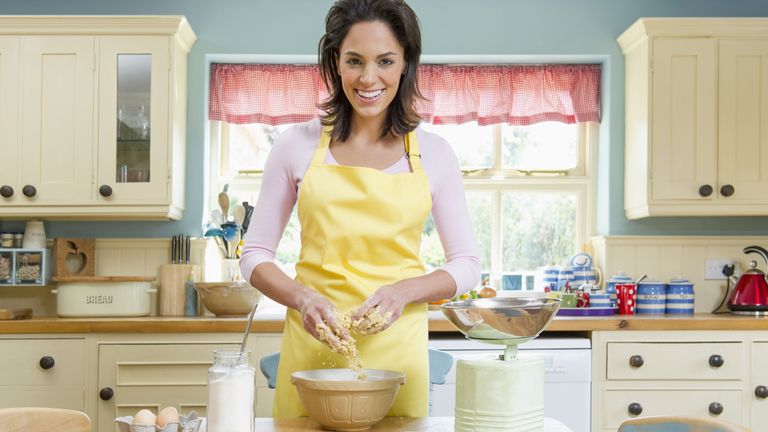 Can you pluck a pheasant? How about polishing silverware and darning socks? If these tasks sound (understandably) ridiculous to you, then chances are that so does the term 'housewife'.

A recent survey of over 2,000 women by My Nametags has revealed that many British women feel that the word is as inappropriate as the household tasks with which it was associated for generations. Baking, making the bed with non-fitted sheets and filleting a fish were named as some of the tasks over half of the women felt they had neither time nor the skillset to perform.

Having said that, over half stated that they feel accomplished, and a vast majority (86 per cent) agreed that what accomplishment means for a woman has shifted massively over the course of just one generation.

Being financially independent, well-travelled and well-read figured prominently in the list of a modern woman's accomplishments, while skills women believed to be valuable in today's world included being able to negotiate a deal, give sound advice, and being tech-savvy. One skill that has endured – somewhat – is cooking: almost a third of women still believe that being able to make a meal from scratch is important.

Many women felt that they were more fulfilled in their lives than their mothers – 43 per cent – though around a third confessed to offloading practical tasks on to mum or grandma. In fact, the activities today's women tend to engage in with their own kids differ vastly from the traditional passing on of practical skills such as sewing and knitting that used to be the norm. Chatting about pop culture, politics and finances, as well as watching funny Youtube videos, all figured prominently.

Lars B. Andersen, founder and managing director at My Nametags, comments, 'We asked women about the skills or traits they would like to pass on to their own children and it was heart-warming to read the responses. These ranged from passing on their taste in music, their moral values and being more politically aware, to work ethic and good manners. There was a strong sense that, although many traditional skills are falling out of favour, these have been replaced with equally important know-hows that are prevalent among today’s accomplished woman.'

So, why don't we stop obsessing about socks and silver, and bin the word 'housewife' once and for all?