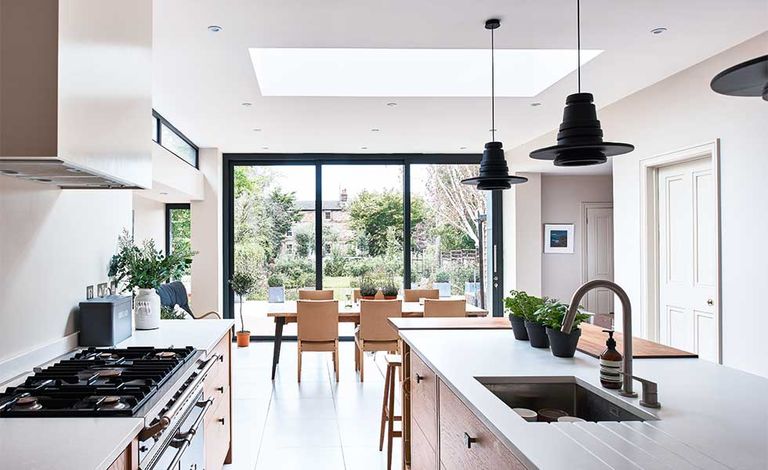 Most home improvers have an idea of their dream lifestyle in mind when they're planning a project – whether it's much sought after indoor-outdoor living, made possible by a kitchen extension with bi-fold or sliding doors, or a luxurious master suite in a newly-converted loft.

But home improvement projects have benefits beyond our day-to-day lives: namely, done well and chosen wisely, the best can add tens of thousands of pounds to the value of our homes. If you're looking to prioritise your budget or to increase a property's value before selling it, knowing which home improvement projects can add the most value is vital.

The latest research from Post Office Money has revealed – unsurprisingly – that those homeowners who take steps to improve their homes see their properties enter the housing market at a much higher value than similar houses that haven't been improved.

And while building an extension is a sure fire way to improve a home, what is surprising is that the research shows it's garden landscaping that tops the list of home improvements that increase a property's value the most.

Using the median asking price of a three bed semi-detached home in the UK (£286,000), researchers found that properties with improvements like landscaping, a new kitchen or an extension were on the market for more than 19 per cent higher than the average local asking price.

Three out of five homeowners in the study had made improvements to their homes over the last five years, spending an average of £14,015 each. In return, they estimated that the improvements increased the value of their property by £40,000 to from £210,000 to £250,000.

Garden landscaping was done at an estimated cost of £2,750, and properties that made this improvement had, on average, a 77 per cent increase in market value. Adding a gym led to a 44 per cent increase for a £10,000 outlay, while an £80,000 extension improved value by 37 per cent.

Other top improvements that provided good return on investment include:

Chrysanthy Pispinis of Post Office Money says, 'Over the past few years, house price growth has slowed, so homeowners have turned to other options to add value to their homes – with renovations being a clear opportunity.

'Making the right changes to your home can increase its market value significantly; if improving your home’s asking price is your priority, it’s important to keep in mind the cost of the improvement and the value it could add.'

Only 5 per cent of those who made home improvements in the past five years did so with the express intention of moving, but 28 per cent did so because they thought it would be a good investment – and ultimately add value to their property.

Chrysanthy adds, 'Home improvements are not all about making changes that add value for re-sale; 63 per cent of the homeowners we polled had no plans to move. Renovations allow homeowners to create homes that reflect their needs and tastes, with the potential added benefit of adding value in the long term.'