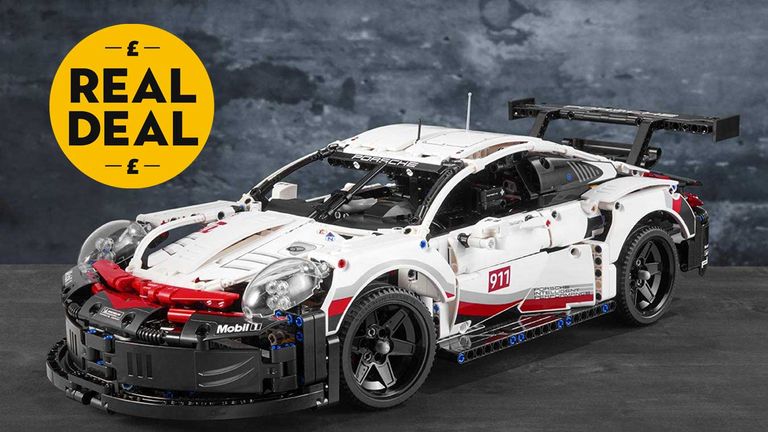 Desperate to get your hands on a Lego Technic Porsche deal? Amazon have recently slashed £20 off the price of this building set – not for long, though.

It's no secret this Lego set is sought after: it's an exclusive replica of the Porsche 911– the fastest Porsche in the world. Mega fans may have also noted that this car has made appearances in movies such as The Martian, Atomic Blonde and Annie Hall. So, why wouldn't you want to recreate this beast to display in your home for years to come?

Keep scrolling to see this Lego Technic Porsche deal, or head to our Lego deals page for more discounts.

LEGO 42096 Technic Porsche | Was £139.99, now £119.99 at Amazon
Suitable for boys and girls aged 10 and up – don't fret, Gary, 40, loves cars: you can play with it too – the Lego Technic Porsche is crazy realistic and features aerodynamic bodywork and black spoked rims to add effect. We also love that once built, the steering will work, and it features independent suspension as well as a six-cylinder boxer engine with moving pistons. Wow, and wow again. Comprising of 1,580 pieces, this Lego Technic Porsche building set will keep you (or them) entertained for hours on end.View Deal