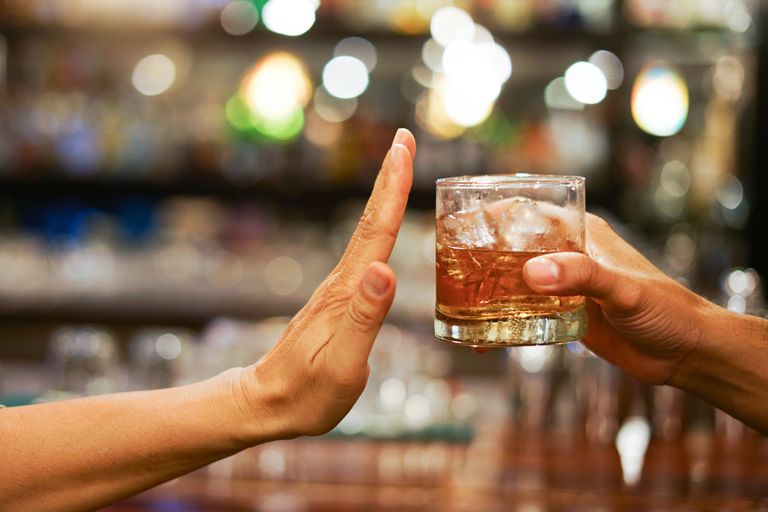 Want to know how to give up alcohol for good? Drinking alcohol is one of the trickiest habits to beat as it's been part of many human cultures for a very long time. For lots of people, it's a part of their social lives; for others, it may be their go-to way to relax, yet alcohol has been proven time and time again to have many negative effects on human health. What's more, it costs us a lot of money...

The following tips for quitting alcohol are aimed at people who aren't happy with how much they're drinking and would like to drastically cut down on or give up alcohol altogether. If you're already happy with just the occasional glass of wine, you probably don't need this advice. On the other hand, if you're a very heavy drinker and think you have alcohol dependency, you should always seek professional medical advice before attempting to quit.

What are the benefits of giving up alcohol?

There are endless benefits to giving up alcohol. From improved mood and better sleep to more money in your bank account. Of course, giving up drinking is a personal choice, and you may have your own reasons for wanting to give up, but here are some hard facts that'll help reaffirm your decision:

What is the best way to give up alcohol?

How to give up drinking is really dependent on how regularly and how much you drink. The more regularly you drink, the harder it'll be to give up, so be prepared for a long process. Give yourself at least a year to give up completely, and don't beat yourself up if you slip up now and then when out with friends. All of the following tips are aimed at making it easy(ier) for you to quit, rather than relying on superhuman levels of willpower.

If you regularly buy a bottle of wine for dinner, it's unrealistic to expect yourself not to reach for said bottle when it's in the fridge in the kitchen. Especially if you have a completist personality (i.e. you have to finish what you started), make sure there's no alcohol readily available in the house, except on special occasions. If this is too difficult, start buying half bottles or mini bottles, which most supermarkets stock these days.

How much do you spend on alcohol a week? Add up the cost of all the bottles and get in the habit of getting just one expensive bottle with that amount instead. Developing a taste for fine wine may sound counterintuitive, but the higher the price of your booze, the less likely you'll be to buy it often.

3. Go out with a group of people who are drinking, but stay sober

Ancient Greeks used to demonstrate the ills of excessive drinking to young people by getting drunk and parading the streets, and there's quite a bit of wisdom in this. When you see what people are like when drunk while you're sober, you may find getting drunk less tempting the next time you're out. This tends to work much better than simply denying yourself nights out ('they're all having fun while I'm missing out').

4. Set yourself a realistic timeline

Don't expect your desire to drink to evaporate overnight. Instead, try drinking half the amount you have been in the first month; then slash it again the next month, and so on, until you go down to little or no drinking. Do this over six to 12 months.

5. Prepare yourself for questions

It's likely that while you're giving up drinking, you'll get a lot of 'why?' questions. If they make you uncomfortable, it may be easier to prepare generic answers in advance (e.g. 'I'm training for a marathon'), rather than feeling the need to explain your reasons in detail.

If giving up alcohol feels a little like punishment, make it into a reward instead by saving up the money you would've spent on booze for something you've wanted for a while. Make sure you buy it, too!

7. Get into cooking (or treat yourself to dining out)

For some people, a glass of wine is partly a way of making a routine meal a bit more fun. If you're trying to give up drinking, it makes sense to try and vary your meals a little, whether it's by buying a nice cookbook and experimenting in the kitchen, or by going out to a restaurant (because you are likely to have extra cash).

8. Swap your local pub for a cosy restaurant

While we're on the subject of eating out, the next time you get an invitation to go for a pint at your local, why not suggest dinner instead? You'll be surprised by how flexible most people actually are, and they'll be just as happy to see you over a bowl of pasta as they would be over a pint.

9. Get an accountability partner

People are social creatures and are much more likely to accomplish their goals when they feel they're doing it together with someone else. This doesn't mean you have to tell everyone you know you're giving up drinking; just one close friend is enough.

10. Don't feel bad if you don't hit your targets

To reiterate: giving up drinking is not a form of punishment for how 'bad' you've been. If you have a setback (a birthday or a wedding, for example), be kind to yourself and move on. it's all the other days you didn't drink that week/month that matter.